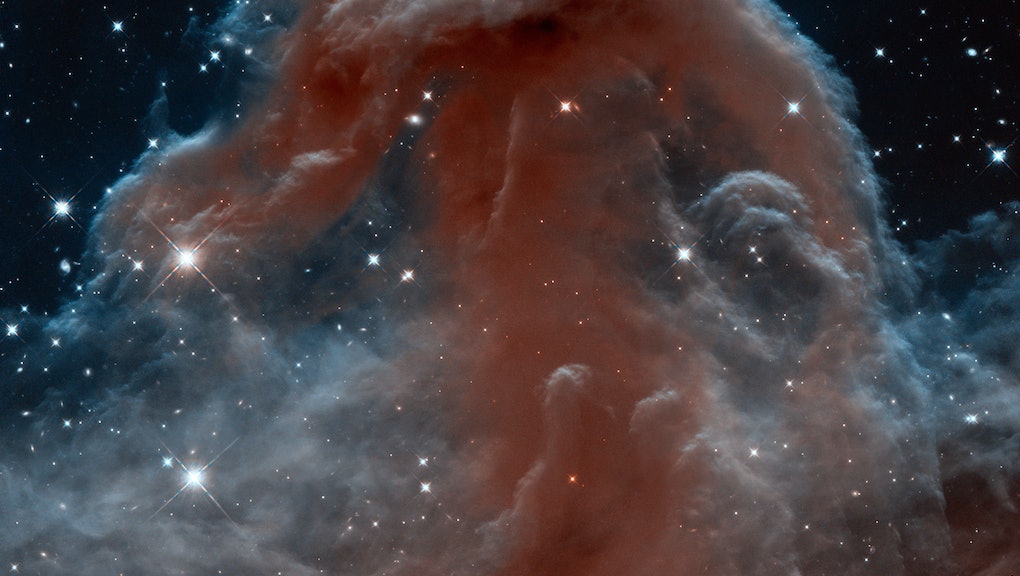 In New Photos of Orion Nebula, NASA Captures Dust of the Constellation — and It's Awesome

Space once again has proved itself to be awe-striking in Tuesday's NASA's Astronomy Picture of the Day. The image, taken by Raul Villaverde Fraile, is of the swirling dust that surrounds the massive and famous Orion Nebula, according to the space agency.

The Orion Nebula, more quantitatively known as M42/M43 and NGC1976/1982, is an emission nebula that births new stars and surrounds the Orion constellation, according to the National Optical Astronomy Observatory. It's about 1,600 light-years away from Earth, and is the size of 300 solar masses (a single solar mass is equal to the mass of the sun).

Ionized hydrogen gives the nebula its glow. Its Trapezium region, where young stars grow, is bright with colors of red and orange, NASA reported. The opaque dust cloud, which is captured in the photo, covers the young stars.

The cosmic nursery, which is estimated to host over 1,000 stars, is the closest of its kind, NASA reported.

The Orion constellation, which sits on the celestial equator — defined as "the great circle of the celestial sphere, lying in the same plane as the Earth's equator" — gets its name from the Greek mythological hunter, Space.com reported. It is one of the most visible constellations, and is the easiest to spot from November to February. Orion's Belt is created by the stars Alnilam, Mintaka and Alnitak in the constellation.

Below are some more images of stars in the Orion Nebula and Orion's Belt: