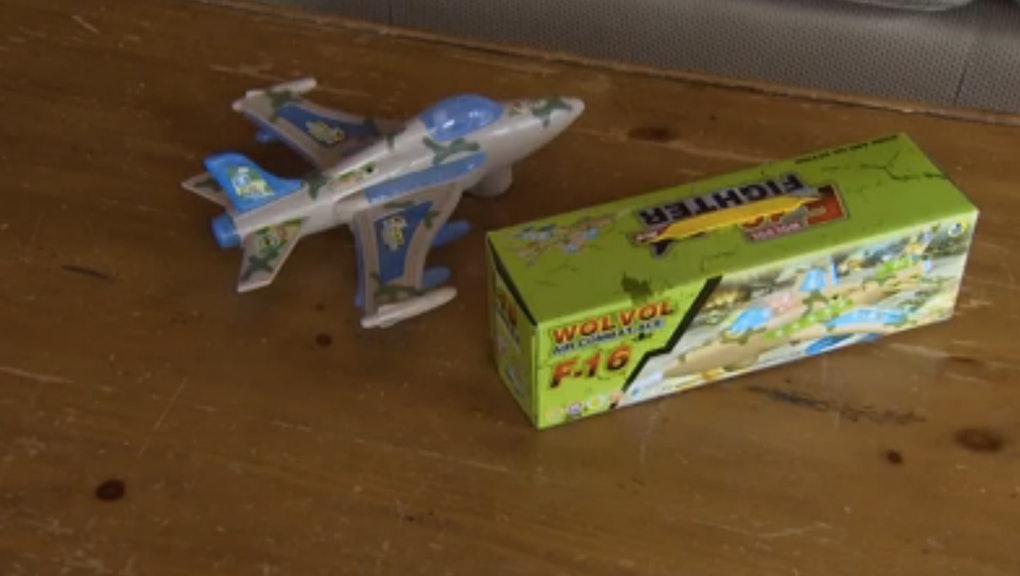 Bjorn Thorpe of Washington just wanted to get his nephew a toy airplane for Christmas. Little did he know that the toy came with a free trip to Mecca — sort of.

Instead of normal airplane sounds, the "Bump & Go Action" F-16 fighter jet toy, which Thorpe purchased on Amazon, came with what appeared to be a rendition of a prayer Muslims chant during the hajj, a pilgrimage to Islam's holiest city that all adherents are supposed to do at least once in their lives.

Thorpe told the station that while he respected religious differences, he said the chanting was inappropriate for use in an airplane.

"We put the batteries in and didn't get what we expected," Thorpe said. "I do respect other religions, but it's not the right situation to have it on a children's toy."

The F-16 was produced by the children's toy company WolVol, which told KING it also suspected the mix-up happened at its factory.

Thorpe was not the first to get his hands on the holy toy. Amazon reviews point to several other confused and unhappy consumers.

At least one user went so far as to call the toy "un-American," prompting several others to challenge her characterization.

Mic reached out to WolVol, which was unavailable for comment.