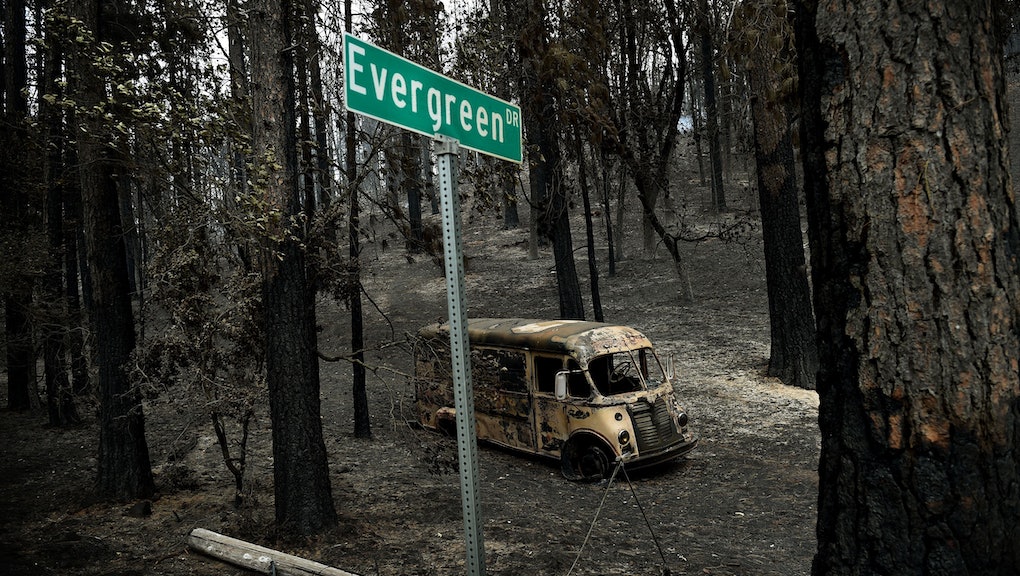 For years, California has been burning. Fires fueled by droughts, so severe they've been described as "nearly a 10,000-year event" and "without precedent," have devastated millions of trees. But even where fires haven't torn up the landscape, there are trees as risk of withering away and creating a domino effect that could affect the entire state.

A new kind of broad, laser-guided image reveals that over a survey of 41,000 square miles of California forests that suffered from the drought, 58 million out of 888 million trees are in immediate danger, according to a study published this week in the Proceedings of the National Academy of Sciences.

After measuring the forests between 2011 and 2015, researchers estimate severe and transformative change to the California ecology if drought conditions continue.

To create the images, the researchers behind the study combined traditional satellite mapping with laser-guided imaging tools mounted on the Carnegie Airborne Observatory, a plane with laser light scanners that makes 3-D images. The team swept the millions of hectares of land in a the small, fixed-wing craft, creating maps that could map the concentration of above-ground water in the trees. The CAO was also used to map ecosystems in Hawaii, mining devastation in the Amazon and the forests of steep Peruvian mountains.

Where satellites can't measure specific concentrations from on high, laser spectroscopy can sense the concentration of biologically relevant molecules. The drought-starved trees — the ones that have suffered a measurable loss in canopy water — are shown above in blue, with healthy trees showing up as red. Measuring canopy water and mapping its change over time can show which trees are suffering the most from the stress of drought.

The 58 million trees at risk in California have had water loss of more than 30%.

"Forests of California are of particular interest because they include the tallest, most massive and oldest trees on Earth, as well as provide a wide variety of goods and services to the state of California and the world," the study says.

Eye in the sky: The study's authors say that even if they've revealed a measurable loss in canopy water that otherwise couldn't be seen, these kinds of measurements could be done more consistently and more globally if they were done with a satellite launch — a satellite such as the Hyperspectral Infrared Imager mission, a project that's in NASA's permission phase of study, but has yet to actually be approved, scheduled and deployed.

"Such a mission could greatly enhance our ability to measure, monitor, and map changes in biospheric composition and function in the face of climate change," the study says.