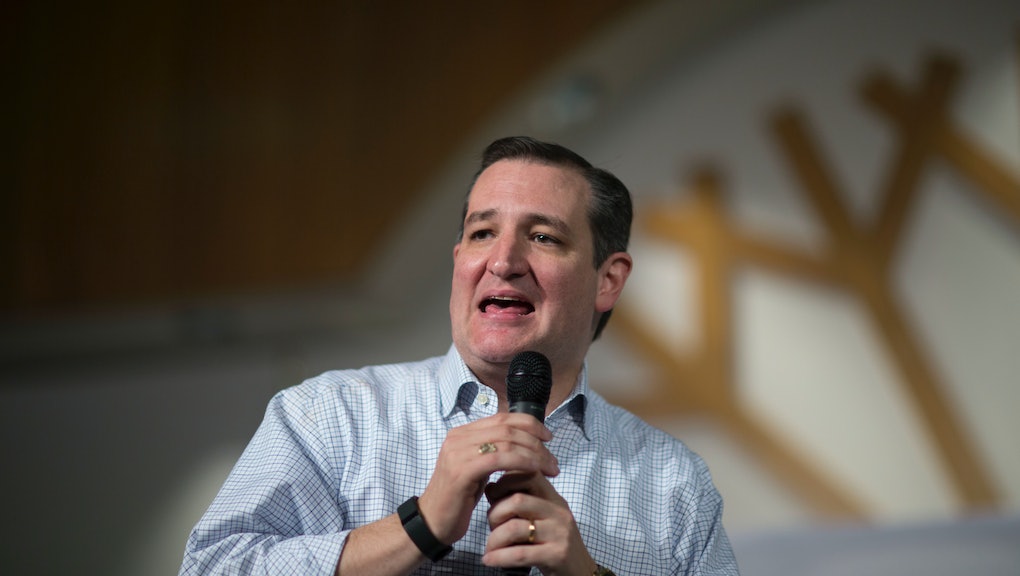 According to some of the latest poll numbers, Texas Sen. Ted Cruz is now real estate mogul and Republican hopeful Donald Trump's top challenger, which means he could easily clinch a nomination for the presidential bid in 2016 — so it might be a good idea to learn about his tax plan, which includes a 10% flat income tax, 16% corporate income tax and a value-added tax, which essentially taxes a product for every step of manufacturing and sale.

Cruz revealed his tax plan in the Wall Street Journal in October and opinions have been circulating since. Here are three main takeaways from Cruz's tax plan.

A 10% flat income tax: Under Cruz' proposed income tax, the government would collect 10% of workers' income regardless of their salaries. Cruz said the plan would eliminate taxes for the first $36,000 families of four earn each year.

The current income tax rates range from 10% to 39.6%. Capping the income tax at 10% would sacrifice a few trillion dollars in tax revenue over the next decade, the New York Times reported.

"Giant corporations will lose their loopholes and instead pay the exact same Business Flat Tax as small businesses," Cruz wrote for the Journal. "And billionaire hedge-fund managers will no longer pay a lower."

Value-added tax: In addition to the 16% corporate income tax, Cruz would implement value-added tax, a type of business tax that taxes products for every step from manufacturing to re-selling. The New York Times explained it as a "a very broad sales tax on all the goods and services in the economy" and a "quiet, efficient way for the government to tax a lot."

It's unclear whether the burden of this tax would fall on consumers or retailers, according to the New York Times, but the report says it can't cause a price hike on goods unless inflation increases first.