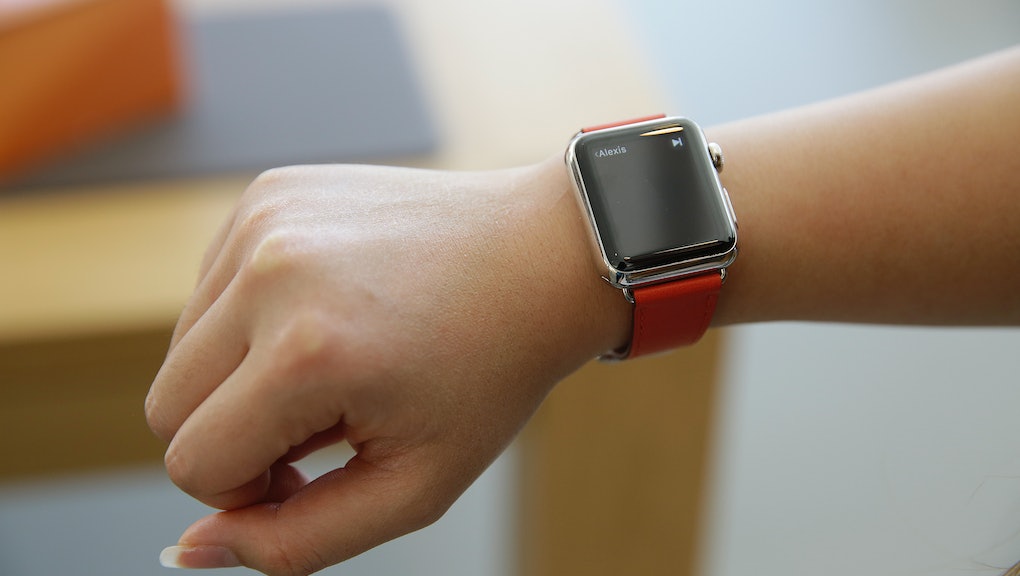 Apple News: Here Are 5 of the Biggest Apple Reveals of 2015

2015 has been a big year for Apple, and a good year for its consumers, who finally got their long-awaited emoji update, some attractive and — purportedly — non-bendable new iPhone options, a music streaming service, an overhauled TV and a spy-worthy wrist gadget. Here are our top five picks for Apple's biggest 2015 (spoiler: The Apple Pencil is not among them):

Apple announced in March in a press release that its "most personal device yet," the Apple Watch, would be available in April in the United States, Canada, the U.K., Hong Kong, Australia, France, Germany, China and Japan. The timepiece-cum-smartphone didn't take off the way Apple anticipated, and while some analysts said it just needed time, others labeled it a failure. Apple has mostly kept quiet on sales figures for the watch, but in November, Forbes reported that 7 million of the fashion-tech timepieces had been shipped to vendors worldwide.

Apple launched its music streaming service in June. It includes a curatorial element — sort of like the Genius playlist from the iPod days of yore, but pulled from the 30 million-plus songs included in the Apple Music library — a radio option and sharing features to connect fans and artists. The Spotify competitor popped up first on iPhones and Apple devices, then on Androids, and offered users a free three-month trial before committing to a monthly fee of either $9.99 or $14.99 for the streaming service.

iPhone 6s and 6s Plus

The iPhone 6s and 6s Plus were among the more hyped products of Apple's year. In September, Apple announced its newest smartphone models would arrive later that month and would feature 3D Touch, a Retina HD display, the strongest glass ever incorporated into a smartphone screen, better cameras with Live Photo capabilities and casing made of 7000 series aluminum — "the same alloy used in the aerospace industry" — in a spectrum of metallic finishes, including the coveted rose gold hue. The super-sized 6s and 6s Plus were made of stronger stuff than models past, presumably to avoid a repeat of 2014's "Bendgate."

Apple announced in September a revamped version of its Apple TV would be available at the end of October. Conceived as an answer to other curatorial viewing devices like the Roku (which allows users to select and stream the shows and movies of their choice, on their TV screens, via a selection of apps, all without a cable subscription), the latest Apple TV was designed to be faster and to include more viewing options. It also came with a more precise, voice-search-capable Siri remote. Aside from allowing users to navigate between programs, the updated remote let them use the Apple TV essentially like a Wii — a two-for-one TV/gaming console special.

This much anticipated software update came after a disappointing mix-up: Many were interested in iOS 9 updates for the promise of new emoji options they brought, but when users downloaded it on/around Sept. 16, they received not a single new icon in return. It wasn't until Oct. 21 that iPhone users who had — since emojis became part of standard social media parlance — bemoaned the taco's absence finally got their wish. iOS 9.1 fixed a few persistent bugs in the system, implemented new security measures and most importantly, expanded our emoji lexicon. Notable and welcome additions? The taco, of course, but also the middle finger, the Spock hand, the unicorn and an unexpected crowd pleaser, the Sad Lion.