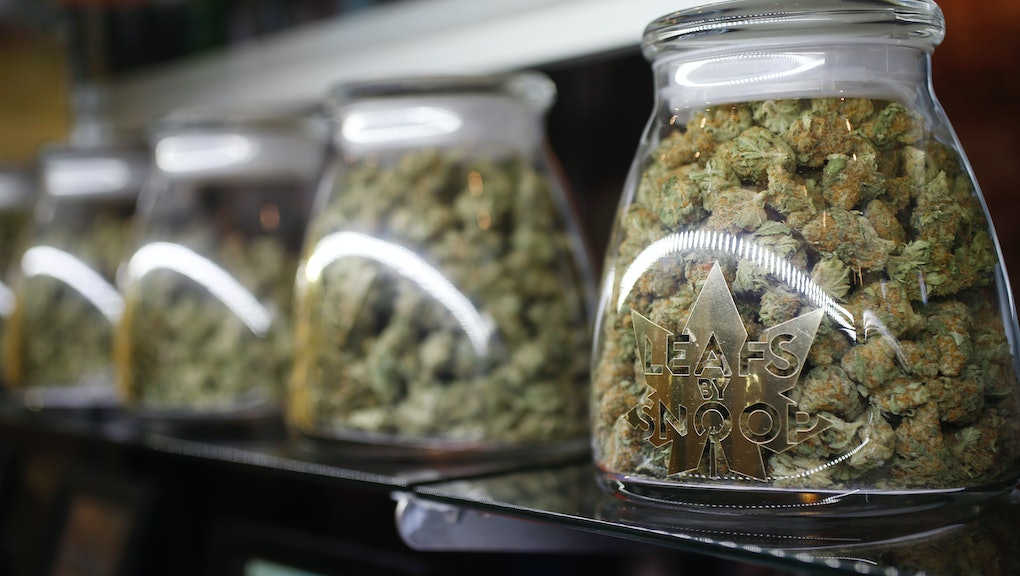 New Mexico may join the ranks of states where marijuana is legal in 2016. According to the International Business Times, Democratic Rep. Bill McCamley pre-filed a bill Tuesday that will put legalization back on the discussion docket in January. This isn't the first of McCamley's pot-related efforts: He previously introduced the Cannabis Revenue and Freedom Act, which was approved by a Senate committee but died in the New Mexico House of Representatives in February. While McCamley's latest legislation does resemble its predecessor, IBT reported, the representative plans to push ahead in the face of Republican opposition.

"The message we've gotten so far from the Republican leadership is that no marijuana legislation is going to get taken seriously," McCamley said during his last session, according to local television station KOB. "As good as that was in the Senate, the prospects for decriminalization, which people really, really want, are fairly poor."

What's in the bill? Having previously classified the road to legalization as a "process," McCamley is determined to keep taking steps forward. The bill he will introduce in January is more specific than the Cannabis Revenue and Freedom Act, particularly in its provisions for keeping legalization from interfering with state and federal law, according to KOB. As IBT reported, the bill would make the purchase and use of marijuana legal for people 21 years and up, would allow industrial hemp to be both grown and sold within the state and would impose statewide regulations on growth and distribution of weed itself.

Will it pass? According to KOB, any legislation that would legalize marijuana in New Mexico is not going to get past its Republicans — as McCamley acknowledged — and won't have much of a shot at success until 2019. That's the year a new governor will be voted into office and Susana Martinez, who KOB classifies as adamantly opposed to legalization, will step down.

Marijuana use is indeed gaining traction, increasingly seen as socially acceptable. To date, 23 states plus the District of Columbia have legalized pot to some degree, with recreational marijuana use legal in Colorado, Oregon, Alaska and Washington. McCamley's route to joining their ranks might be shorter than expected.