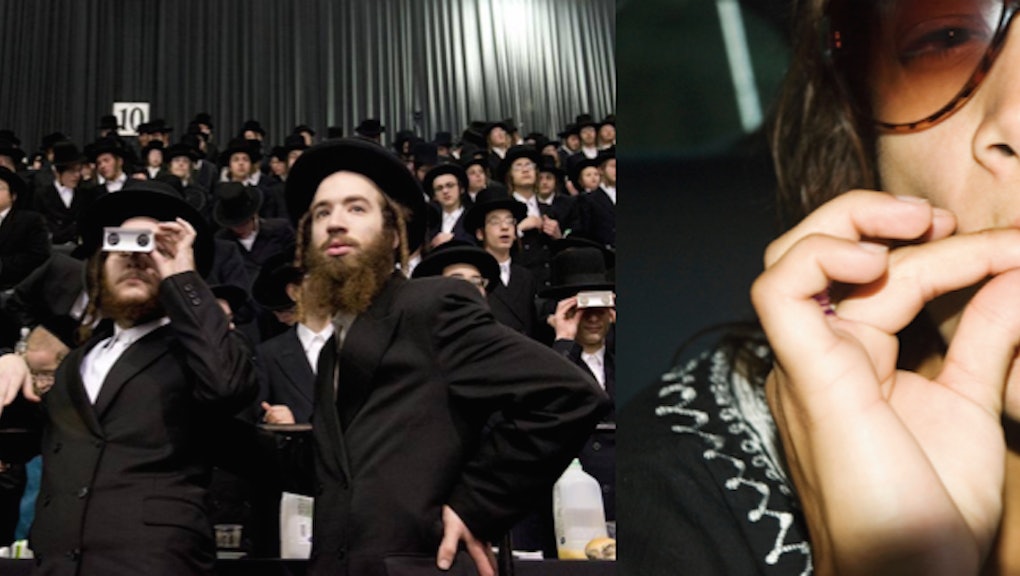 In the struggle for legalized marijuana products, one group has often found itself left out of the pot party — Jews.

While plenty of Jews know how to enjoy a hit or two, for those who follow Judaic dietary laws, it's got to be kosher. And so far, that's been something of a problem. "Weed use for pleasure is forbidden," Andrew Zeitler, an Orthodox millennial living in Israel, told Mic.

But things may be starting to change. A New York company is gearing up to sell what it's billing as the first-ever kosher medical marijuana.

Vireo Health of New York, one of five licensed New York state purveyors of medical marijuana, announced on Wednesday that it has been officially certified kosher by the Orthodox Union. This means Vireo products — vaporization cartridges, capsules and oils — will display the OU coveted seal of endorsement, the encircled "U" symbol, on its packaging.

"Being certified kosher by the OU will not only help us serve the dietary needs of the largest Jewish community in the United States, but also combat unfortunate stigmas associated with medical cannabis," Vireo CEO Ari Hoffnung said in a press statement. "Patients should never feel guilty or ashamed for using a product recommended by their physicians."

With the certification, Vireo will become the only legal marijuana distributor in New York state to obtain a kosher stamp of approval.

So what is the deal? Maybe you've heard of pork and shellfish, but marijuana? A plant? How can a plant not be kosher?

From a structural perspective, there's not much standing in the way, Rabbi Philip Weintraub of Congregation Agudas Israel in Newburgh, New York, told Mic.

"Vegetables are kosher," he said, noting that the key sticking point on the farm would be to ensure that no bugs or insect remains were left on the final product.

According to Weintraub, the really tough questions arise later. "Pot as a medicine is very different than pot as a recreational drug," he said. According to widely accepted conventions of Jewish traditions, keeping kosher and most other laws can be broken for medical reasons. To save a life, for example, a Jewish doctor can perform surgery on the Sabbath, a time which traditionally forbids work. The sentiment was backed by other rabbis interviewed by Vice on the subject earlier this year and goes a long way to explaining the Orthodox Union's decision.

Smoking for pleasure, though, remains off-limits. "Mind-altering substances are not exactly ideal," Weintraub said. "You can't do mitzvahs [observe the commandments] if you're high."

And that's the bad news for those craving a kosher weed brownie.