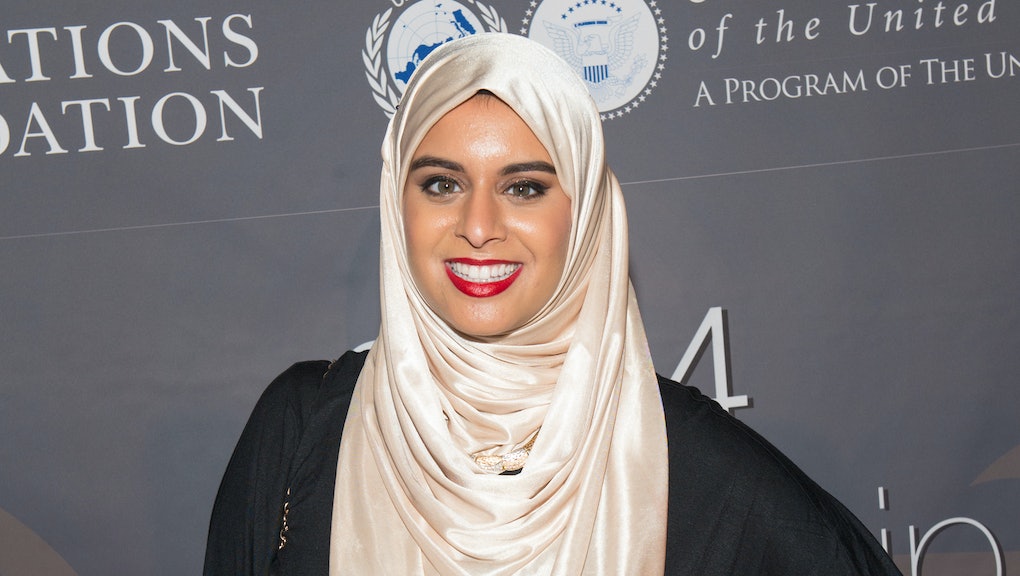 When she was 16, Rana Abdelhamid of Queens, New York, was attacked by a man on the street — he was trying to remove her hijab.

If her attacker was trying to suppress her religious freedom, it's certainly backfired. A year later, in 2010, Abdelhamid founded the Woman's Initiative for Self-Empowerment, or WISE, whose stated purpose is to "inspire a network of young Muslim and Jewish female leaders to become catalysts for the advancement of their communities and the world."

"It's unfortunate that it's becoming more needed and we're getting so many calls," Abdelhamid, now 22 and a student at Harvard University's Kennedy School of Government, told the Associated Press.

"I thought it was a good opportunity to bring together Muslim women in an offline space, in person, engaging these issues and trying to figure out how to heal from these horrible experiences," she told the Philadelphia Tribune.

Darakshan Raja, founder of the Muslim American Women's Policy Forum, which shares a similar mission with WISE, helped Abdelhamid run the most recent self-defense class. Raja acknowledges America's swelling Islamophobic sentiment — particularly in the wake of the Paris attacks and the San Bernardino, California, shooting — and explained why Muslim women are especially vulnerable.

"It feels that there's a unique way that Muslim women are being targeted," she told the Tribune. "I think it has to do with the intersection of patriarchy and anti-Muslim hatred and bigotry."

Female Muslim empowerment has not just been resented by Islamophobic Americans, however. WISE has seen resistance from within Abdelhamid's community as well.

"We have had some challenges and pushback from more traditionalist members of our community who don't necessarily see space for women in leadership, unfortunately," she told the Associated Press. "It's really, really disheartening because you want your allies to be within the community."

Irrespective of the resistance, WISE appears to have achieved its objective, and in 2015, citing a rise in anti-Semitism, the organization opened its doors to Jewish women as well. A number of women have expressed how crucial, cathartic and empowering the workshops have been for them.

"It was so touching," one participant said, according to the Tribune. "It opened my eyes that I'm not alone in this."

"I want to strengthen myself by any means possible to be able to defend myself and my family," said another.