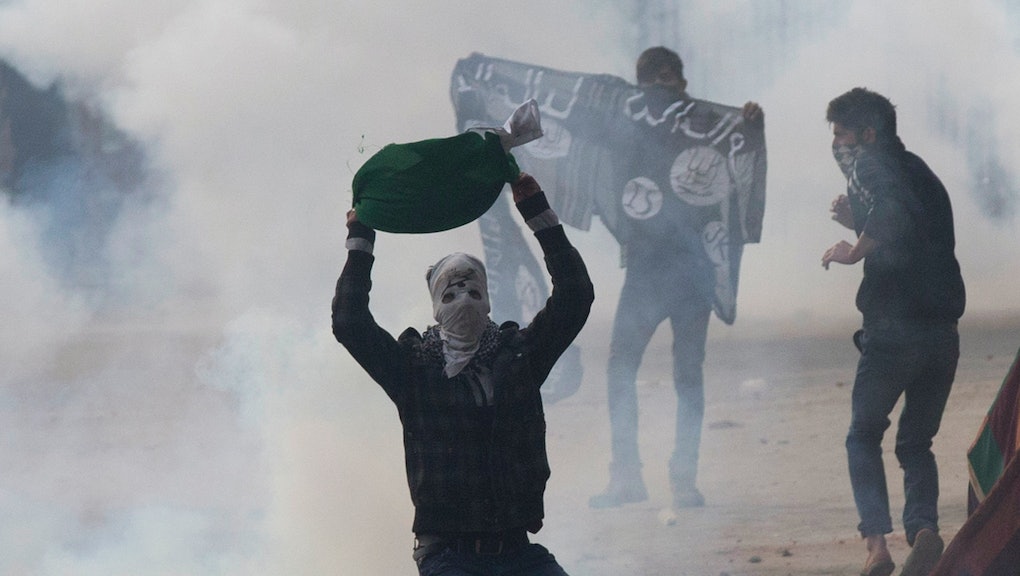 Authorities arrested 25-year-old Emanuel Lutchman of Rochester, New York, Thursday for allegedly planning to attack a local bar on New Year's Eve, purportedly in connection to the terrorist group ISIS, NBC News reported. According to Reuters, he was charged with supporting ISIS, also known as the Islamic State group, which was behind the recent, deadly terror attacks in Paris.

"According to the complaint, as part of Emanuel Lutchman's attempt to provide material support to ISIL, he planned to kill innocent civilians on New Year's Eve in the name of the terrorist organization," Assistant Attorney General John Carlin said in a statement, according to NBC. "Thankfully, law enforcement was able to intervene and thwart Lutchman's deadly plans."

Lutchman is suspected of planning to attack a local restaurant, which was also referred to as a bar, with a machete, NBC News reported. The report said Lutchman was an "ex-con" with "mental issues" and allegedly attempted to equip ISIS with materials, according to federal officials.

"New years is here soon. Do operations and kill some kuffar," an ISIS member abroad reportedly told Lutchman, according to quotes from the court papers obtained by NBC. Kuffar is a derogatory term ISIS members have used to refer to non-Muslims.

While officials said there's no credible threat at this time to New York City on New Year's Eve, the police department is employing more than 5,000 officers in and around Times Square during the annual holiday celebration.