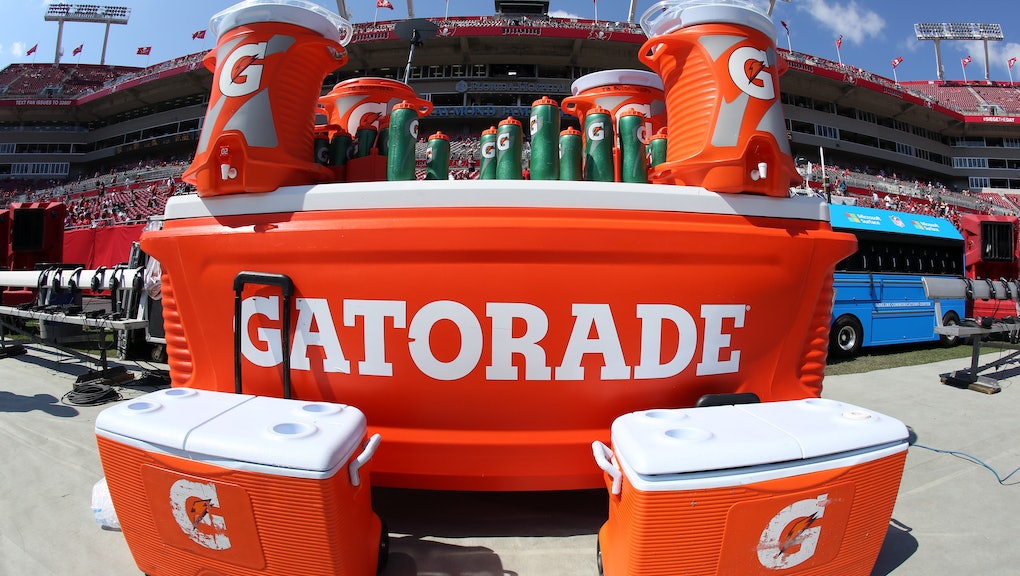 7 Hangover Cures for New Year's Day — Because If You're Googling This, You Need Them

Since when was sunlight so bright? Why is everyone screaming? Does anyone else have a splitting headache? Is this a dream — or rather, a nightmare? Nope. It's a hangover. About 77% of drinkers report a next-morning hangover — unfortunately characterized by thirstiness, dizziness and fatigue — according to Wired.

And the worst part? There's no known cure. However, there are lots of myths (like "hair of the dog") and products out there that claim to "cure" hangovers, which actually lack substantial evidence, according to Health magazine.

While there are few precautions to take in order to lessen or avoid such an intense hangover, here's what to do once it's too late:

Integrative physician Dr. Vincent Pedre recommends a nice, cold glass of coconut water after a night on the town, which not only hydrates you but is also full of potassium, he told the New York Post.

Gatorade is also full of much-needed electrolytes, according to Fitness magazine.

3. Chomp down some leafy greens and fruits.

If you can, sleeping in will allow your body to metabolize the alcohol, which goes at about one drink per hour, and lessen the pain of a hangover, according to Fitness magazine.

Alka-Seltzer — which is that fizzy beverage that's made of sodium bicarbonate, aka baking soda — helps to neutralize stomach acid and settle any upset stomachs, according to Health magazine.

The simple sugar from the honey and the carbs from the bread will help your body get rid of the alcohol faster, and provide energy, the New York Daily News reported.

7. Do a light workout

It may sound like the last thing you want to do, but going for a quick and gentle workout will help you feel better by releasing endorphins, according to Glamour. Sweating also helps get rid of the alcohol faster. Just make sure you have a water bottle to stay hydrated.