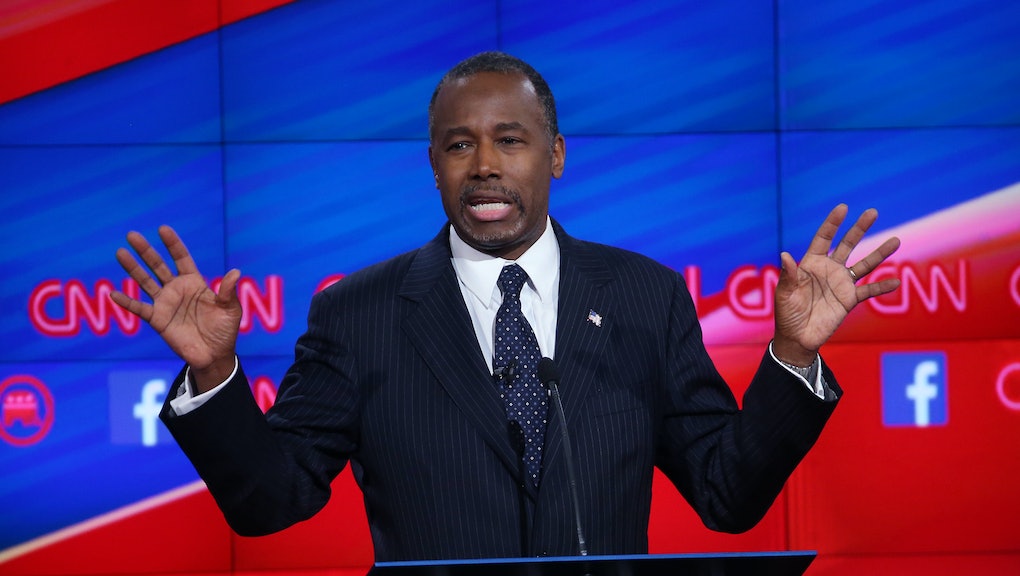 Not long after breaking the news on Twitter, Jacobs added a follow-up tweet alleging that interpersonal tensions between Bennett, Watts and radio host Armstrong Williams caused the resignations.

Next, Williams allegedly weighed in.

Heading into 2016, Carson was fourth in the polls, according to the Huffington Post's most recent numbers. According to the polls, Carson is polling at 8%, behind Florida Sen. Marco Rubio at 10.6%, Texas Sen. Ted Cruz at 18.3% and business tycoon Donald Trump at 37.5%.

Carson then released a statement, which was shared to Twitter by Business Insider reporter Colin Campbell.

"As we enter a new phase of the campaign cycle, it is necessary to invigorate my campaign with a strategy that more aggressively shares my vision and world-view with the American people. I commend Barry Bennett and Doug Watts for their efforts to help me share my vision for America," Carson said in the statement.

"Over a year ago, hundreds of thousands of Americans encouraged me to listen to the call and seek the office of president of the greatest nation the world has ever know. I am ready to be president and believe that my unique experience and background is what is needed to heal, inspire and revive America."