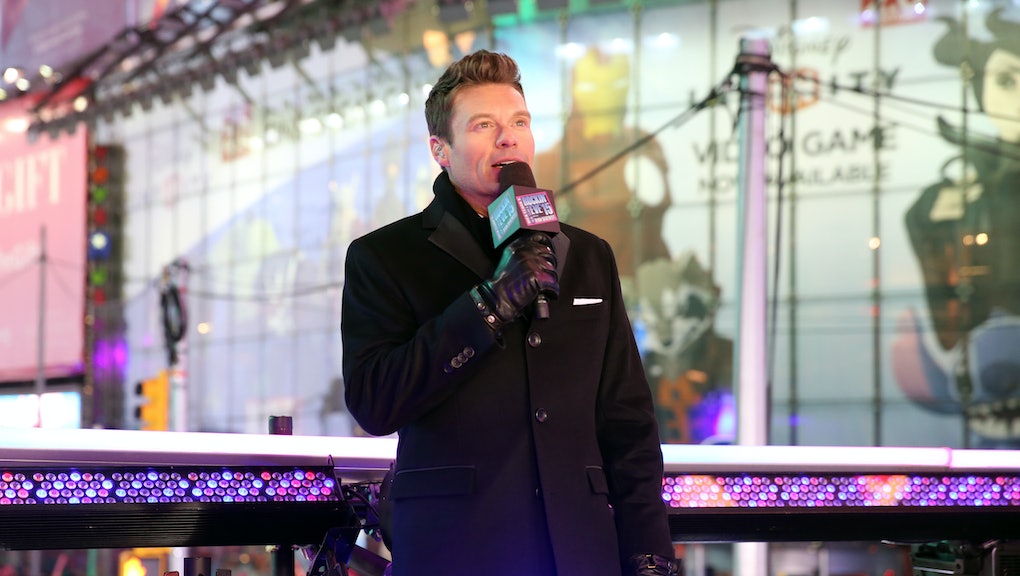 The end of 2015 and the start of 2016 will be captured in ABC's 43rd Dick Clark's New Year's Rockin' Eve With Ryan Seacrest. The live special will start at 8 p.m. Thursday and run until a little past 2 a.m. on Friday airing on ABC and online or via ABC's mobile app, with cable authentication, according to the Daily Beast.

This will be Seacrest's 11th year hosting the annual party, according to Billboard. He'll be joined by Jenny McCarthy, who has hosted the event six times. The pair will be based in Times Square, in New York City, in order to catch the ball drop at midnight.

Fergie is slated to host the counterpart Billboard Hollywood Party in Los Angeles, according to ABC.

Between both New York City and Los Angeles, over 38 performances are set to occur, totaling to 5.5 hours of musical acts, ABC reported. Ellie Goulding, Los Angeles headliner One Direction, New York City headliner Carrie Underwood and Demi Lovato are just a few of the many who will be gracing the stages.

Taylor Swift is also ready to debut her music video for "Out of the Woods" from her 1989 album on the New Year's special.

The promo for the special is below: