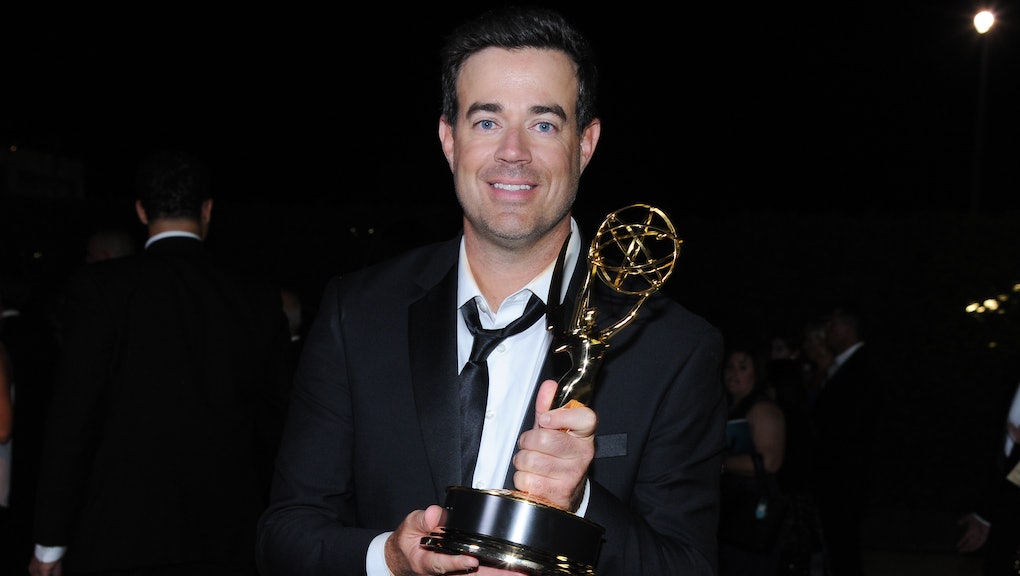 To usher in 2016, Carson Daly will be hosting a New Year's Eve special called New Year's Eve With Carson Daly on NBC, which will air on Thursday at 11:30 p.m. Eastern from New York City. Talk show host Andy Cohen will begin the festivities with New Year's Eve Game Night With Andy Cohen at 10 p.m. Cohen will then join hosts Daly and Gwen Stefani, NBC reported. Audiences can catch the special on television or via a livestream on NBC's website (a login is required, however).

"I've been doing this for almost 20 years in Times Square," Carson said on Today. "[At one time] it was a really serious broadcasting night, where you'd give all the information. Over the years, that has given way to just doing what everyone else at home is doing — that's just having fun."

Panic! at the Disco — which just released the music video for its song "Death of a Bachelor," according to Billboard — will perform. The Voice coach Stefani is also rumored to perform her single "Used to Love You," according to Us Weekly.

The promo for NBC's New Year's Eve event can be watched here.