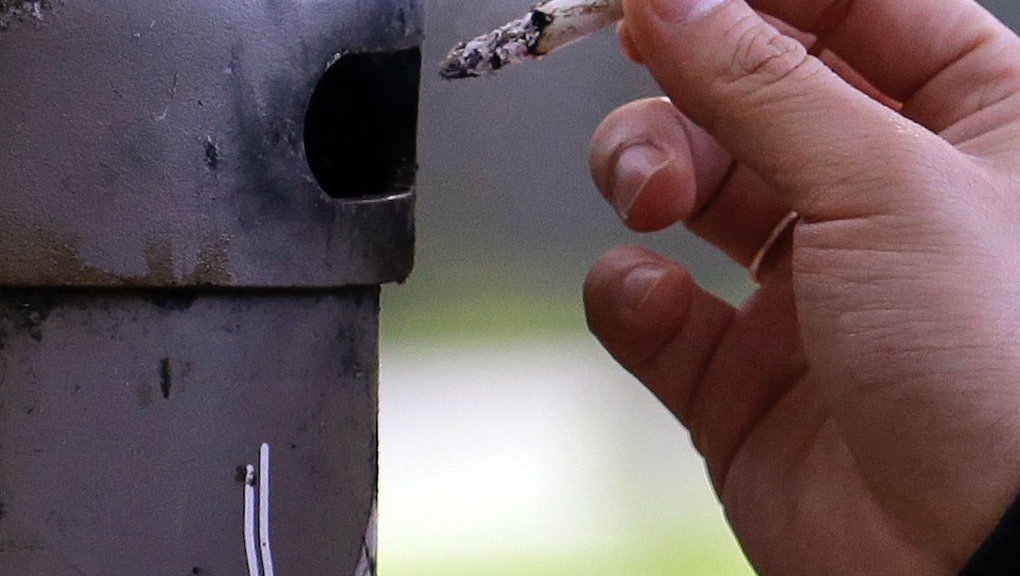 Hawaii's Law to Curb Its Youth Smoking Epidemic Just Went Into Effect — But Will It Help?

On Friday, a law Hawaii Gov. David Ige signed back in June raising the legal smoking age from 18 to 21 went into effect. The legislation forbids buying tobacco products, electronic cigarettes included. According to a press release on the state government's website, a second part of the law also means that e-cigarette smokers will have to abide by the same smoke-free laws that apply to traditional cigarettes.

In the statement, Administrator for the Chronic Disease Prevention and Health Promotion Division Lola Irvin said the law partly aims to make tobacco products "less accessible and less attractive to our youth." Other health experts marked it as a step in the right direction, as Hawaii is the first state to enact such legislation. Hawaii's Director of Health Virginia Pressler stated, "We are proud to once again be at the forefront of the nation in tobacco prevention and control."

Though America's Health Ratings dubbed Hawaii number one for healthiest state in 2015, officials noted a surge in e-cigarette use among youth necessitates the new age limit. "Only 5% of Hawaii public high school students reported trying e-cigarettes in 2011 versus 22 percent in 2014, representing a 344% increase in e-cigarette use in just four years," says the statement.

Middle schoolers saw a 542% increase in the same time period.

The impact of the acts goes beyond that which the average high school or college smoker will experience, though. These laws will be extended to members of the military residing in Hawaii, who are now old enough to serve their country, but not old enough to use any tobacco products.

Army X-ray technician Taylor Dwyer, 21, told ABC News the law is problematic for people in his line of work. "[Smoking is a] way for us to come down after the work day," he said. "It's not like a regular work day. It's a lot more stressful, especially for people who are in combat jobs."

According to ABC, the first three months of the year will be treated as a transition phase, during which people who disobey the law will be given warnings rather than fines. When the grace period is up, authorities will fine underage smokers — and those selling to them — incrementally. Adolescents will receive a maximum of a $50 fine with the possibility of community service hours while retailers can be fined up to $2,000.

It remains to be seen how effective the new law will be, but a Congress-mandated study from March suggested that raising legal age limits for smoking to 21 would in fact, have a critical impact on the health of Americans. Such legislation, said the study, "would eventually reduce the number of Americans who smoke by 12% and result in 249,000 fewer premature deaths related to cigarette smoking for people born between 2000 and 2019. It also would result in about 286,000 fewer pre-term births and 438,000 fewer babies born with low birth weights." The report also predicted that the change would decrease tobacco sales by 2%.