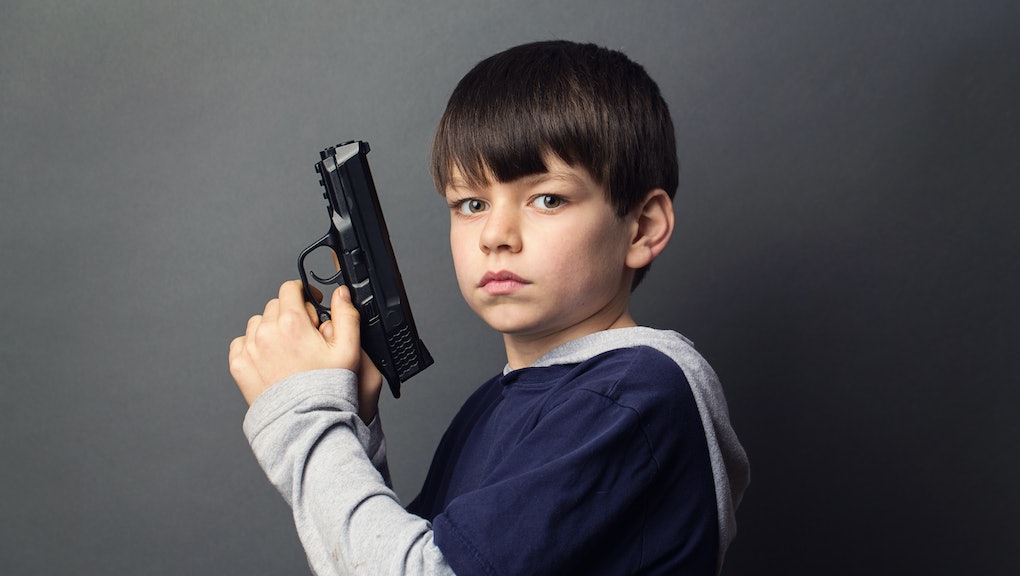 In 2015, gun control activists pointed to the head-spinning mass shooting statistics as evidence that this wasn't an issue to sit on. But those incidents weren't the only firearm related tragedies. According to the Boston Globe, in 2015, children accidentally shot themselves or someone else an average of five times a week.

A research group called Everytown for Gun Safety tallied up each such incident reported and determined that this amounts to 265 accidental shootings in 2015 involving minors. The Globe reported that these accidents resulted in 83 deaths.

Everytown contends that these deaths were completely avoidable. On their website they state that two-thirds of these accidental shootings could be avoided if gun owners kept their firearm secure and out of reach from children. In their report "Innocents Lost," Everytown emphasizes the guns should always be kept locked and unloaded.

On their site, Everytown lists every single one of these 265 shootings in their #NotAnAccident Index. On Tuesday, a 4-year-old boy fatally shot himself in the head when he found a firearm in his family's living room in Alaska. And on Dec. 26, a 4-year-old Virginia boy survived a self inflicted gunshot wound after locating a gun in his own bedroom; his father was brought up on charges of child neglect and possession of a firearm by a convicted felon. The boy survived.

Gun control advocates say it's education that's a key to preventing these tragedies. Everytown is imploring Congress and state governments to pass legislation that will lift the doctor gag orders prohibiting physicians from discussing gun safety with patients, and asking the powers to funnel money into spreading awareness about gun safety.

In their report, they expressed optimism. "While our analysis finds these tragedies to be far more common than previously reported, it also gives reason for optimism," it reads. "First and foremost, it shows that unintentional child gun deaths can be prevented: if fewer gun owners left their guns loaded and unlocked, fewer children would lose their lives."