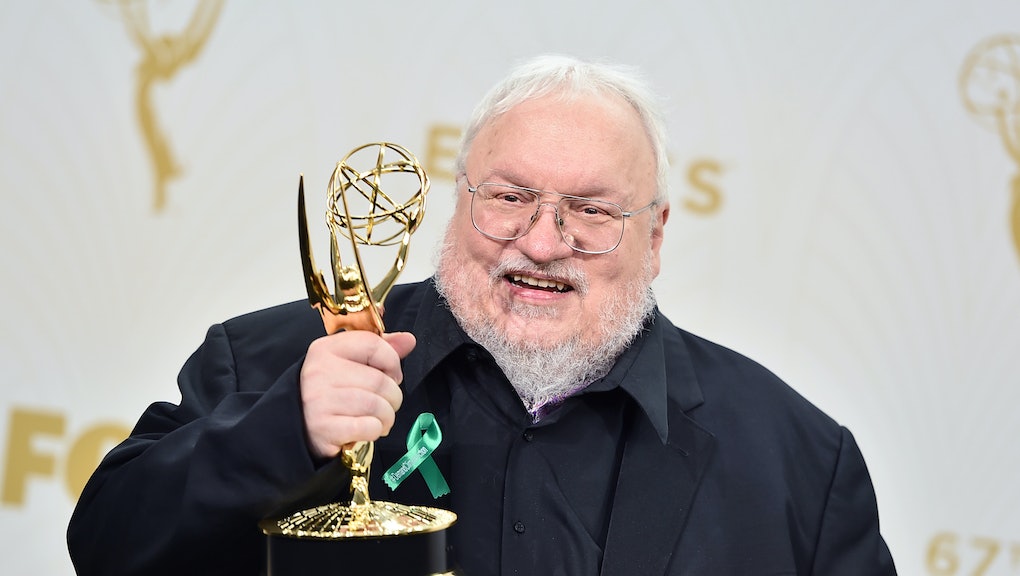 George R.R. Martin Confirms the Bad News You Already Knew About 'The Winds of Winter'

George R.R. Martin has some bad news for fans: Much as fans already suspected, he had not finished the sixth book in the A Song of Ice and Fire series by his self-imposed end-of-2015 deadline.

He also admitted that it is now a certainty the HBO television adaptation, Game of Thrones, will reveal plot elements in its sixth season — which premieres in April — well before the book's release, as his publishers require a minimum of three months to take a finished book to print.

In a post to Martin's LiveJournal, the author wrote that "The Winds of Winter is not finished."

Martin responded to claims that his age, lifestyle or travels had negatively impacted his writing schedule, saying that the process had simply not gone well in general.

"Unfortunately, the writing did not go as fast or as well as I would have liked," he wrote. "You can blame my travels or my blog posts or the distractions of other projects and the Cocteau and whatever, but maybe all that had an impact ... you can blame my age, and maybe that had an impact too ... but if truth be told, sometimes the writing goes well and sometimes it doesn't, and that was true for me even when I was in my 20s."

Martin has occasionally taken a gruff tone with fans angry over repeated delays with the book, which has been in progress since at least 2012. Earlier this year, he told fans worried he would die before the completion of the series "fuck you."

But in his blog post, Martin seemed down on himself and, at times, even contrite.

"There are no excuses," he concluded. "No one else is to blame. Not my editors and publishers, not HBO, not David & Dan. It's on me. I tried, and I am still trying. I worked on the book a couple of days ago, revising a Theon chapter and adding some new material, and I will writing on it again tomorrow."

As for whether next season of Game of Thrones will spoil the books? "Maybe. Yes and no."

Martin rolled off a long list of characters who died in the show but survived in the books and vice versa, assuring readers at least some of these were examples of true divergence rather than one or the other not catching up. He also specified that many of the changes made to the show's storyline have since grown into major differences between the two media, meaning the show will be sufficiently different, providing audiences with a different experience.

"Enjoy the show. Enjoy the books," he wrote. "Meanwhile, I'll keep writing. Chapter at a time. Page at a time. Word at a time. That's all I know how to do."

h/t Not a Blog