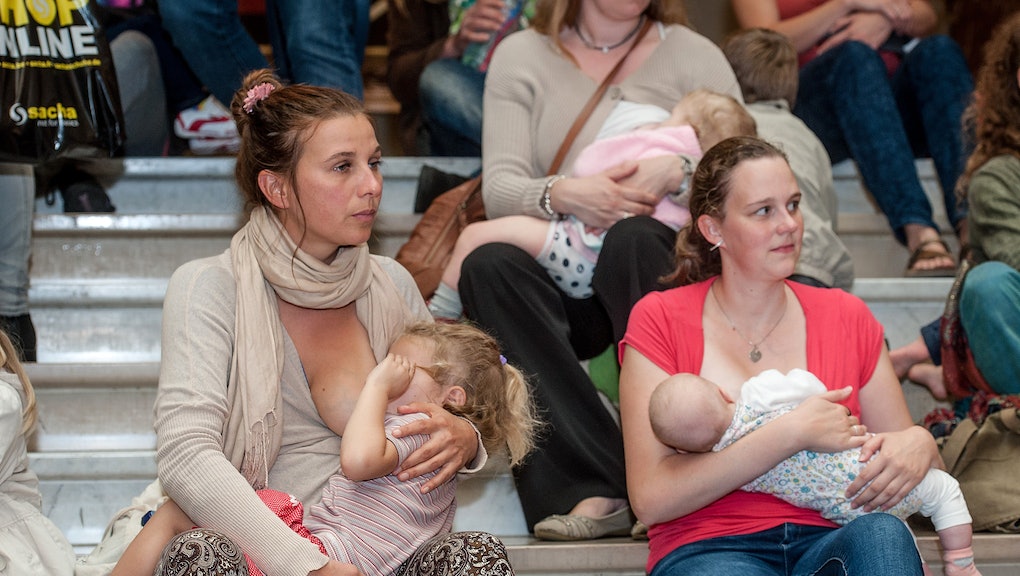 While New Hampshire currently allows men and women to free their nipples, a newly proposed bill would punish women who "purposely expose the areola or nipple of her breast or breasts in a public place." No one who sponsored the bill would be subject to its nipple penalties, as the listed sponsors are four Republican men.

In the post (which has since been removed) Bouldin, a Democrat, criticized the bill's sexism and its incongruity with Republican "limited government" principles, Slate reported.

Moore, a Republican, responded, "Who doesn't support a mother's right to feed? Don't give me the liberal talking points Amanda. If it's a woman's natural inclination to pull her nipple out in public and you support that, than [sic] you should have no problem with a mans inclantion [sic] to stare at it and grab it. After all... It's ALL relative and natural, right?"

Republican state Rep. Al Baldasaro jumped into the conversation, criticizing Bouldin's physical appearance, including her nipples, saying "your nipple would be the last one I would want to see." Baldasaro also claimed Bouldin wants to transform family beaches into "a pervert show."

Bouldin spoke to Slate about her colleagues' comments.

"The idea that a man can be topless because his nipples aren't sexual is bizarre," she told Slate. "I certainly find men's nipples sexual! If men being topless wasn't sexual, they'd have to take off their pants to attract any women. We know that topless men are sexual. But apparently only topless men are allowed to display their sexuality. Women are not."

Bouldin addressed the matter on Twitter as well, where she called for people to stop focusing on the comments made by her colleagues and instead work to defeat the legislation.