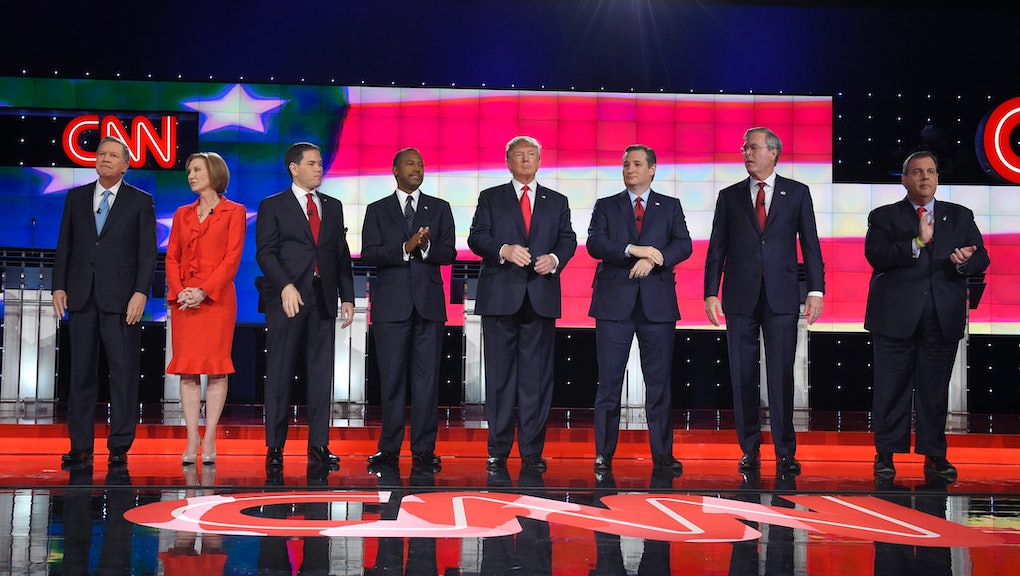 US Elections: Who’s In and Who’s Out for 2016 Presidential Candidates

2015 was a record year for presidential candidates, in that it saw record numbers of them throw their hats into the 2016 ring — at least on the Republican side. The GOP started the primary race with 17 presidential hopefuls, of which 12 remain. The Democrats began with a more modest five, of which three contenders remain. With the first big contest kicking off in Iowa in just over a month, the big question is: Who is still running for president in 2016?

Dropped out: Rick Perry, formerly the governor of Texas, was first to suspend his campaign on Sept. 11. Wisconsin Gov. Scott Walker came second, dropping out on Sept. 21. Louisiana Gov. Bobby Jindal withdrew himself from the running on Nov. 17, 146 days after he announced his bid. South Carolina Sen. Lindsey Graham announced that he would not pursue the Republican nomination on Dec. 21. Then, days later, former New York Gov. George Pataki followed suit, taking himself out of the race on Dec. 29.

Running: In the order of their national ranking, the Democratic candidates for the 2016 presidential nomination are: former Secretary of State and New York Sen. Hillary Clinton, Vermont Sen. Bernie Sanders and former Maryland Gov. Martin O'Malley.

Dropped out: Vietnam veteran, Reagan administrator and one-term Virginia Sen. Jim Webb withdrew his bid for the Democratic nomination on Oct. 20. Former Rhode Island Gov. Lincoln Chafee announced a few days later, on Oct. 23, that he would no longer be a contender for the nomination.

Was never running: Vice President Joe Biden never entered the race at all, despite speculation in mid-October that he would. Biden's late son, Beau, had urged him to join the race; thereafter, the vice president waffled on whether or not he should get in on the presidential action. He ultimately decided that "the window had closed" on launching a campaign, the New York Times reported on Oct. 21, when Biden announced that he would not make a bid for the Oval Office in 2016.