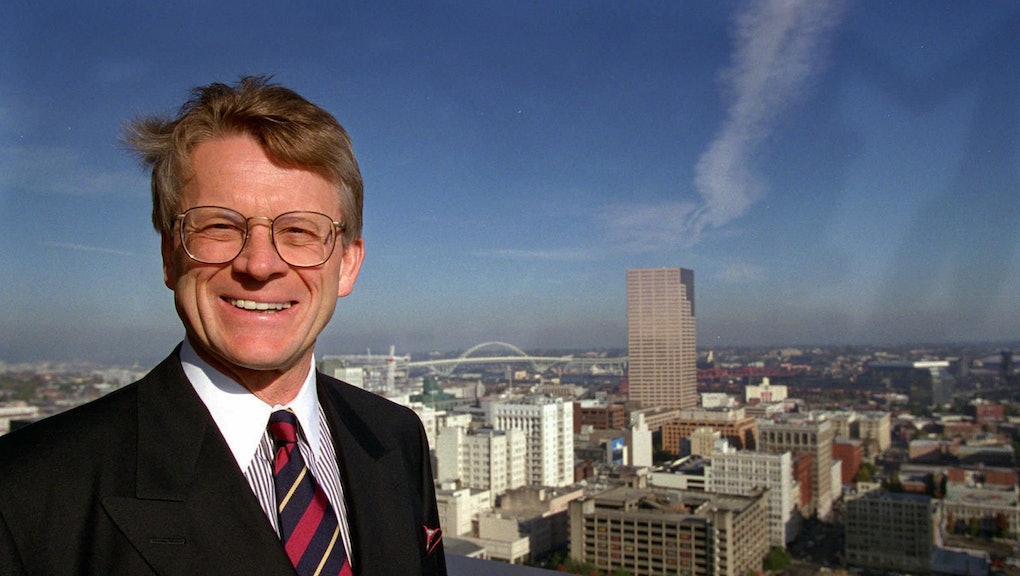 An ad hoc militia seized control of the government-managed Malheur National Wildlife Refuge near Burns, Oregon, on Friday, vowing that they would hunker down in the building for "several years," according to a video Sarah Dee Spurlock posted Saturday to Facebook. At issue is the case of two Harney County ranchers — Dwight Lincoln Hammond Jr. and his son, Steven Dwight Hammond — who were re-sentenced in 2015 for two fires they lit in 2001 and 2006, according to the Tri-State Livestock News. As the Oregonian reported Saturday, occupation followed the march of some 300 protesters through Burns.

Among the militiamen are Ammon and Ryan Bundy, whose last name won't be an unfamiliar one for anyone who follows the fight for land rights in the west. But what does the Bundy family have to do with the Hammond family, and why are the Hammonds only now serving time for fires lit over a decade ago? Here's everything we know about the Oregon militia standoff.

Who are the Hammonds? The Hammond family owns Hammond Ranches Inc. in Diamond, Oregon. They hold some 12,00 acres of private land, the Idaho Press reported, as well as grazing rights for upwards of 25,000 acres on Bureau of Land Management (BLM) land. Dwight and Steven Hammond run the ranch, and so they are the recipients of the charges.

Why are they on trial? In 2001, the Hammonds set fire to a segment of their BLM-overlap land in order to "burn off invasive species on that section," and with the BLM's blessing. The Tri-State Livestock News reported the fire spread to 139 acres of public land, and although the Hammonds hadn't meant it to, they weren't first-time offenders: In 1999, the spread of a BLM-sanctioned fire onto public land prompted the government to warn the family that "serious consequences" would follow a second slip-up.

In 2006, lightning sparked a fire on federal land bordering the Hammonds' private holdings, the source of their winter feed. What TSLN calls the "Krumbo-Butte" blaze was the ranchers' effort to preserve their crops from being burned up, a backfire that damaged an approximate acre of government land.

What's the sentence? It wasn't until 2010 that the BLM brought charges against Dwight and Steven under the 1996 Anti-Terrorism and Effective Death Act, according to the Idaho Press. As the Oregonian reported, the two were found guilty of perpetrating arson on government land after a two-week trial in 2012, and were expected to serve the mandatory minimum of five years in prison for the crime.

However, then-U.S. District Judge Michael Hogan thought the punishment "grossly disproportionate" to the ranchers' offenses, according to TSLN. In their sentencing hearing, the Register Guard reported, Hogan awarded Steven Hammond one year and one day behind bars for the two fires, and Dwight Hammond three months in prison for his role in setting the 2001 fire.

According to the Register Guard, Hogan's ruling didn't sit well with the Oregon government, which appealed his decision on the grounds that it disregarded the legal minimum sentence for such a violation. In October, the father and son were given five years of prison time each, "with credit for the time they already served" following their 2012 sentencing, according to the Oregon District Attorney's office.

Where does the Bundy family fit in? According to the Oregonian's report Saturday, Ammon Bundy has taken up the Hammond's cause, having met with Dwight Hammond in November, attempting to convince the elder rancher not to show up for his prison term on Monday. Both Hammonds intend to show up for and serve out their sentences.

The Hammonds' cause is a personal one for Ammon Bundy, the New York Times reported. The son of Nevada rancher Cliven Bundy, Ammon is no stranger to the battle between private landholders and the federal government. In 2014, he mired himself in an armed standoff with BLM rangers who had been ordered to seize some 500 head of cattle from the rancher, who had allowed the animals to graze on public lands without a permit, according to the Times. Eventually, the federal agents desisted, but the Bundys still have beef with the government.

In another video Facebook post, Ammon explained the purpose of protesting for the rights of Oregon land owners: "We're out here because the people have been abused long enough, really, to the point where it's putting them literally in poverty," continuing that he and the militia would occupy the government building until the moment "when the people of Harney County can use the land and resources without being put in fear, and without being restricted to the point that it puts them out of business."