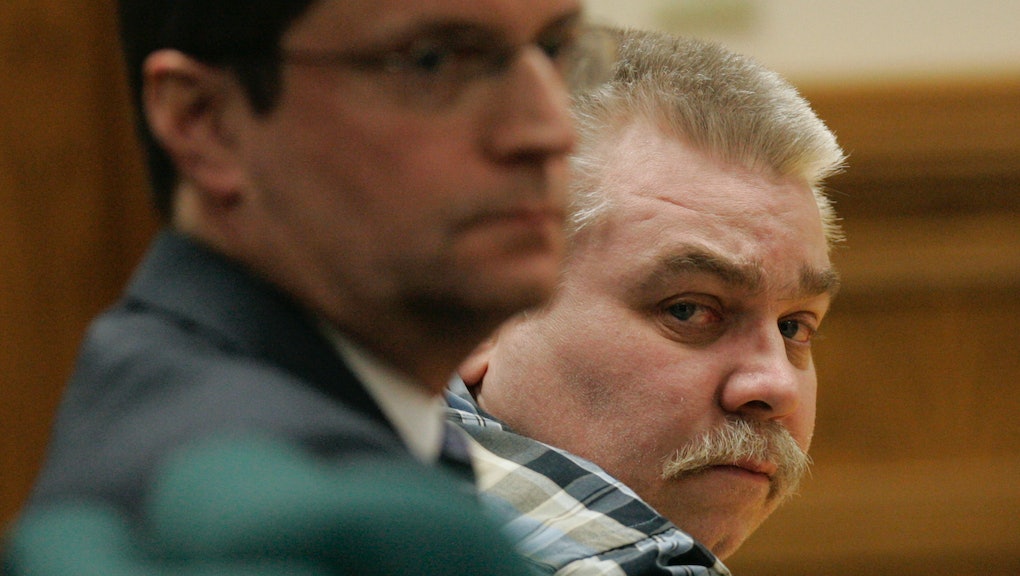 Steven Avery: 5 Things to Know About Man at Center of 'Making a Murderer'

The docudrama Making a Murderer has been making a media splash since it hit Netflix on Dec. 18. The series was crafted over 10 years, the Daily Beast reported, from more than 700 hours of footage compiled by Moira Demos and Laura Ricciardi, who wrote and directed the documentary. Making a Murderer shines a harsh spotlight on Wisconsin's criminal justice system, particularly in Manitowoc County, where it failed a local man — Steven Avery — not once but possibly twice in the span of 20 years.

The story of Avery's conviction unfolds over 10 episodes, after which Demos and Laura are unable to reach a definitive conclusion on the subject of Avery's innocence. The internet has since erupted in active speculation, but the question remains: What do we know about the man at the center of Making a Murderer?

1. He was something of a troublemaker in his youth.

In 1985, he was imprisoned for a sexual assault he didn't commit and spent 18 years in prison before his release in 2003. In Making a Murderer, Demos and Ricciardi attempt to unpack the 2005 murder of Wisconsin photographer Teresa Halbach, for which Avery is serving a life sentence without possibility of parole in the Waupun Correctional Institution.

In Making a Murderer, Avery's teenage transgressions include breaking into and robbing a local tavern — where cheese sandwiches were among the items stolen — and cruelty to animals: In the first episode, we learn that Avery once set fire to the family cat. The documentary makes the incident sound like an accident, but according to Hollywood Life, there was a little more to it than that. Avery reportedly poured oil and gasoline on the cat before throwing it over the flames. He was found guilty and served time for both crimes — the first committed when he was 18 years old and the second, when he was 20 — which landed him on the Manitowoc Sheriff Department's radar.

Also in episode one, Avery's IQ is established as 70 — important to note because, as Vulture reported, someone with an of IQ 70 or lower is considered to have an "intellectual disability." We also learn that his nephew, Brendan Dassey — who was convicted as Avery's accomplice in the murder — has an IQ between 69 and 73. According to Vulture, Wisconsin's qualifying standards for intellectual disability are less precise than those of other states, but generally, such a disadvantage is taken into account during the trial and sentencing of the accused. Not so much in the Halbach case.

3. Avery has conducted three separate relationships during his time behind bars.

When he was imprisoned in 1985 for the sexual assault of a local woman, Penny Beerntsen, he was married to Lori Mathiesen. The couple had four children in the period between their 1982 marriage and Avery's prison sentence three years later, Romper reported, but divorced in 1988. When their relationship ended, Avery began making threats against his ex-wife in letters he wrote to their children, according to the documentary; those letters were later used as evidence of Avery's penchant for abusive treatment of the women in his life. After he was released in 2003, Avery met Jodi Stachowski — according to Vulture, their relationship was rockier than the series lets on: Avery was reportedly ordered by a court to stay away from Stachowski for a period of three days following his disorderly conduct during a 2004 spat.

Stachowski was in jail on a DUI charge when Avery was arrested, and stayed with him for a time after his 2007 conviction. Ultimately, the increased police scrutiny proved too much for her, according to the documentary, and she broke with Avery. Toward the end of the series, we meet a new love interest: Sandy Greenman began writing the imprisoned Avery in 2007 and their correspondence blossomed into a relationship. In the final episode, Avery announces his intention to eventually marry Greenman.

4. He has spotty luck with DNA evidence.

Yet despite the fact that Halbach was purported to have been killed either in Avery's bedroom or in his garage, none of her blood, hair, sweat or skin was found in either location (except for on the blood-free bullet), according to the documentary. At one point, defense attorney Dean Strang uncovers a leftover tube of Avery's blood in the possession of the sheriff's office, allegedly appearing to have been tampered with, supporting the defense's theory that much of the evidence in the case against Avery was planted. As People reported, the blood found in Halbach's car was tested for EDTA, an anticoagulant that should have shown up in the blood sample, if it had come from the vial.

The test came back negative, a result that was — according to the series — inconclusive.

5. Many people think Avery is innocent.

The internet is petitioning to get a presidential pardon for Avery, gathering over 100,000 signatures on Change.org and more than 18,000 on WhiteHouse.gov. Former District Attorney Ken Kratz has been deluged with criticism for his prosecution of the case and Anonymous has committed itself to proving Avery's innocence.