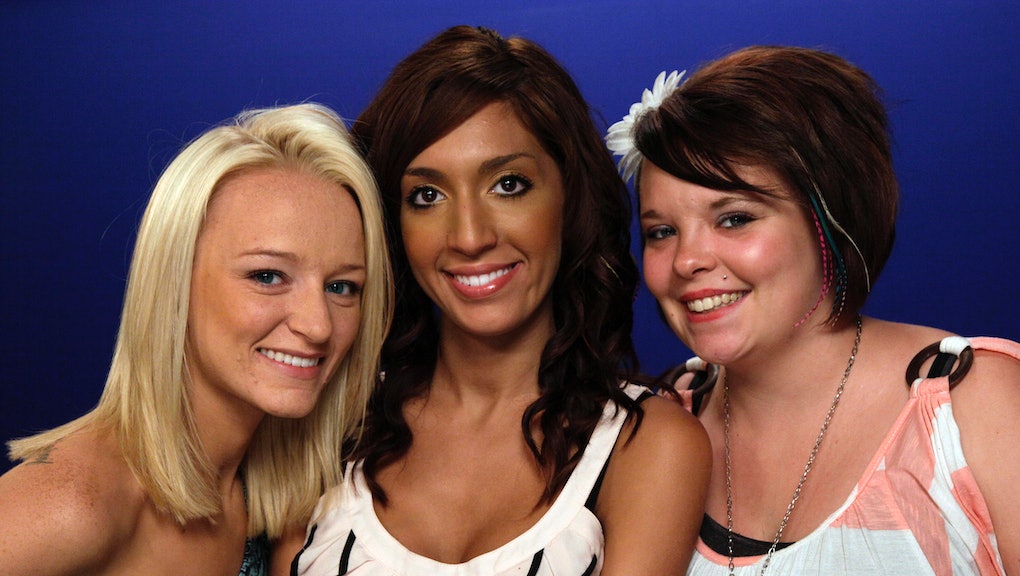 The original teen moms are coming back for 2016. As reported by International Business Times,  season six of MTV's Teen Moms OG will premiere Monday at 10 p.m. EST on MTV. A reunion between former 16 and Pregnant stars Farrah Abraham, Maci Bookout, Amber Portwood and Catelynn Lowell was rumored to be in the works as early as June, and confirmed by July. According to Bookout, this season will focus primarily on how the Teen Moms navigate their relationships, parenthood and futures.

"The main stories are me and Ryan [Edwards, the father of Bookout's child, Bentley], our co-parenting, and how we're dealing with that," she told Cosmopolitan. "Obviously, me and Taylor [McKinney, Bookout's boyfriend] and whether or not we're engaged, or if we're going to get engaged. What we're doing in our lives and careers, and having two kids and just a household to run in general."

TMOG fans should tune in to MTV Monday night at 10 to watch live; the full episode will be available on MTV.com thereafter. A preview of what's to come on this installment of TMOG is below. Fans can look forward to father-daughter custody battles, at least one young couple on the brink of marriage, rocky romances and all the drama viewers have come to expect from the teen moms.

For the full low-down on the season premiere, see our recap here.