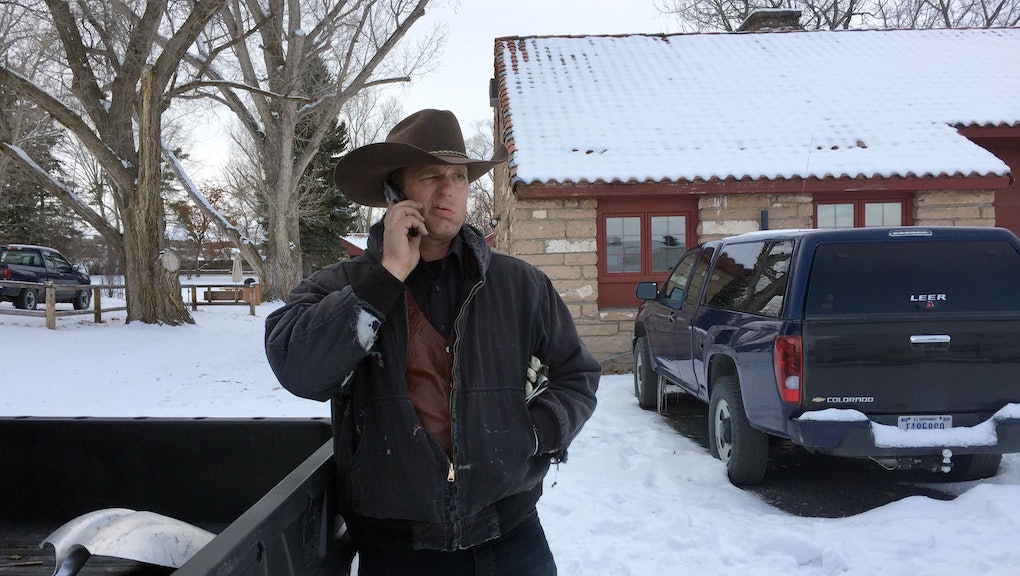 Over the weekend, an armed, white, anti-government militia stormed and occupied a federal building near Burns in Oregon's Harney County. Their grievances are rooted in what they consider the unfair treatment of Steven Hammond, 46 and his father, 73-year-old Dwight Hammond, who both served time for arson but were recently ordered to return to prison after a judge ruled that their sentences had not been long enough under federal law.

The case has once again reheated debate about a double standard in how the media talks about white and black protesters, and how violence committed by white offenders is portrayed. Naturally, this issue has stirred the creative energies of Troll Mountain.

On Twitter, #YallQaeda, #VanillaISIS #WhiteSIS and other hashtags were all trending over the weekend as the internet looked for just the right way to classify this uniquely American problem.

All cleverness aside, the heavily-armed protesters, who some are calling domestic terrorists, vowed to continue their occupation of the Malheur National Wildlife Refuge headquarters for years. The bold threat is especially potent given the presence of group members and brothers Ammon and Ryan Bundy, sons of Cliven Bundy. The elder Bundy has refused to pay taxes amounting to more than $1 million on grazing lands for his cattle in Nevada, and made headlines in 2014 after he and supporters largely defeated an effort by the U.S. Bureau of Land Management to evict him in an armed standoff.

The Hammonds, for their part, have disavowed the Oregon protesters. "Neither Ammon Bundy nor anyone within his group/organization speak[s] for the Hammond Family," their lawyer W. Alan Schroeder wrote to Harney County Sheriff David Ward, the Associated Press reported.

Despite the armed insurrection, there have been no reports of injury or death. The Malheur facility is in a remote location and officials stressed over the weekend that no federal wildlife employees were in danger, the New York Times reported.