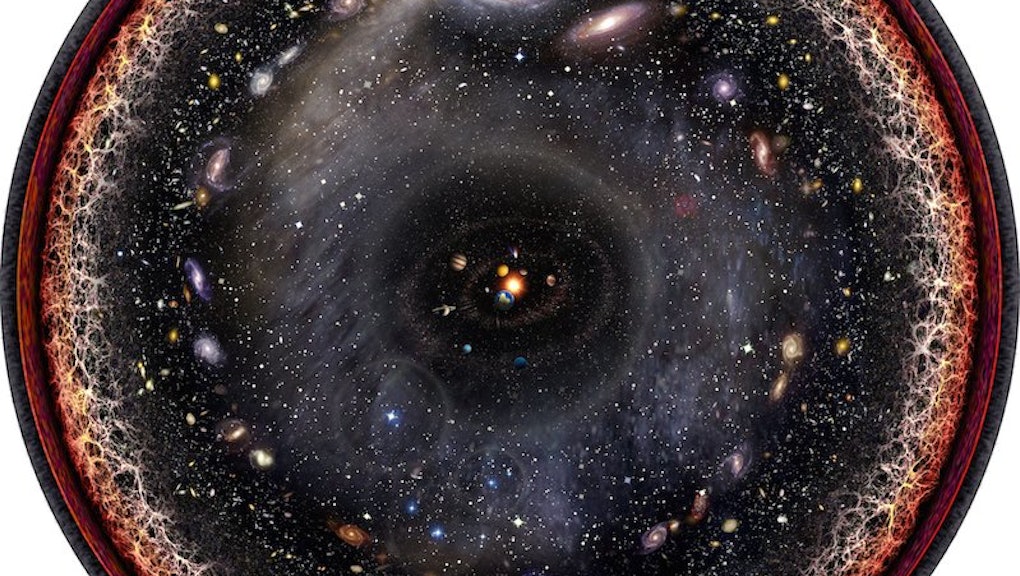 Budassi told Tech Insider that he got the idea while drawing hexaflexagons for his son's birthday. "Then when I was drawing hexaflexagons for my sons birthday souvenirs, I started drawing central views of the cosmos and the solar system," Budassi said. "That day the idea of a logarithmic view came and in the next days I was able to [assemble] it with Photoshop using images from NASA and some textures created by my own."

Budassi said he used logarithmic maps created by scientists at Princeton University to blueprint a comprehensible layout of the universe that would fit on a computer screen and photoshopped a combination of NASA images and original sketches. While the sun may not really be at the center of the universe, until humans can travel billions of light-years to scale the entire universe within a lifetime, the sun remains at the center of what we know of the universe.

The Princeton scientists, headed by astronomers J. Richard Gott and Mario Juric, collected their logarithmic map data from 15 years of research by the Sloan Digital Sky Survey, which used a wide-angle optical telescope to produce the most comprehensive three-dimensional map of the universe known to-date.

A zoomable, full-sized version of Budassi's stellar creation is available courtesy of the artist on Wikimedia Commons.