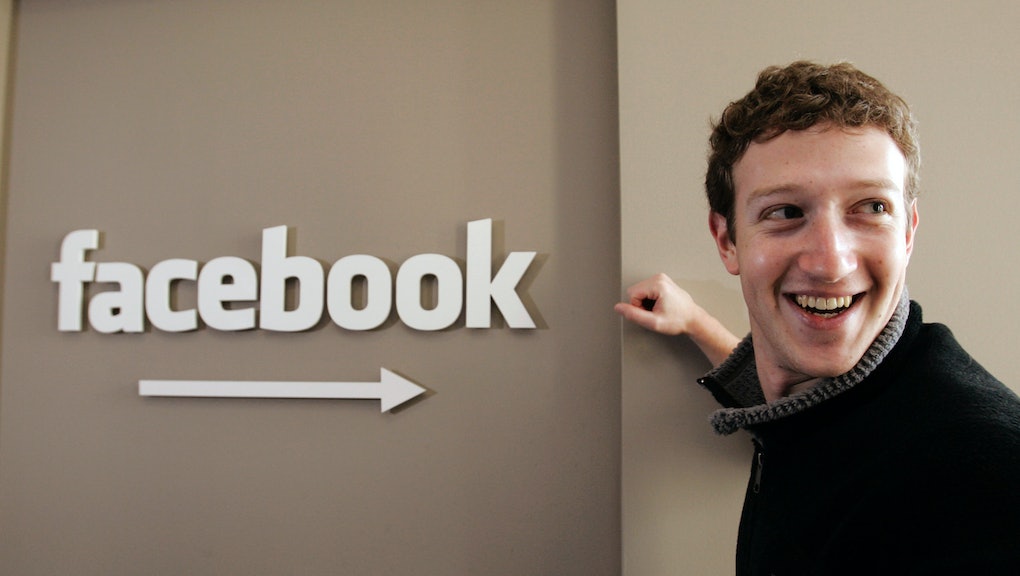 On Sunday night, Mark Zuckerberg pledged that he'd spend the new year hand-building an artificial intelligence system that would manage his home and personal affairs. It's a significant step up from last year's resolution of reading a book every other week.

"You can think of it kind of like Jarvis in Iron Man," Zuckerberg wrote on his personal Facebook Timeline. "I'm going to start by exploring what technology is already out there. Then I'll start teaching it to understand my voice to control everything in our home — music, lights, temperature and so on. I'll teach it to let friends in by looking at their faces when they ring the doorbell."

Just because you don't also have billions of dollars and a brief lifetime of influential technology developments already under your belt doesn't mean you should just cheap out on a gym membership.

So if you're late on putting together your resolutions and need a modest challenge, we've put together a quick-and-dirty guide to how you can follow along with Zuck and start building your own home-automation contraptions, from prototyping your first internet-connected device to building a network of fellow hackers.

Zuckerberg, of course, has a serious head start — he was a talented coder before he was a CEO — and his reasons for becoming a home-hacker are probably more for the sake of Facebook's aspirations than personal growth. But just because you don't also have billions of dollars and a brief lifetime of influential technology developments already under your belt doesn't mean you should just cheap out on a gym membership.

Here's how to get started on your road to becoming a self-made Tony Stark:

Pick up a basic Arduino kit.

When you're going to paint a painting, you grab a sketchbook first. When you make internet-connected devices, first you grab a prototyping kit.

An Arduino is a little chipboard — also called a microcontroller — that you can set up to run a single program on a loop. With a few sensors and wires, you can program an Arduino to sense things like heat, touch and movement and execute little tasks. In only a few days of tinkering with a simple Arduino kit, you can build little machines that can tell the temperature or flip a latch from a command on your phone.

You can get a basic kit from a retailer like Maker Shed or Adafruit — most solderless kits with enough components to play with and a decent instruction manual should get you started putting together functioning circuit boards in just a few hours.

Learn a little bit of code.

We know, you've heard the "learn to code" screed a thousand times before. But we're not recommending you go through an entire MIT course from home or learn C++ from the ground up. The basic coding for connected devices can be done with relatively simple languages.

To start, try easy-to-learn coding languages like Python — Learn Python the Hard Way is a free, day-by-day program that can be done anywhere you can take a rudimentary laptop (the "hard way" is slowly and with practice, the way you'd truly develop any skill). Alternately, or even at the same time, you can give Processing a shot. Processing is an incredibly visual language, and some of the first commands you ever type will create visible renderings.

Python, Processing and Wiring (the language that runs your Arduino sketches) languages have a ton in common.

Build your own computer.

Computers rule everything around us — but how much do you really know about the inside of a computer? If you had to replace a single component, from a hard drive to a simple internal memory stick, could you?

Get started with something like a Raspberry Pi — a tiny computer that fits in your pocket that allows you to get started building applications from scratch.

Instead of doing your learning on your own, find a "maker space," or a collective workshop environment that gives you access not just to other people building projects like yours, but also to the occasional tool that might be out of your reach financially, like 3-D printers and laser cutters.

As public libraries become unmoored from their traditional role of providing books in an increasingly bookless world, many of them have been taking on the trappings of maker spaces, adding 3-D printers and tech labs to their public services.