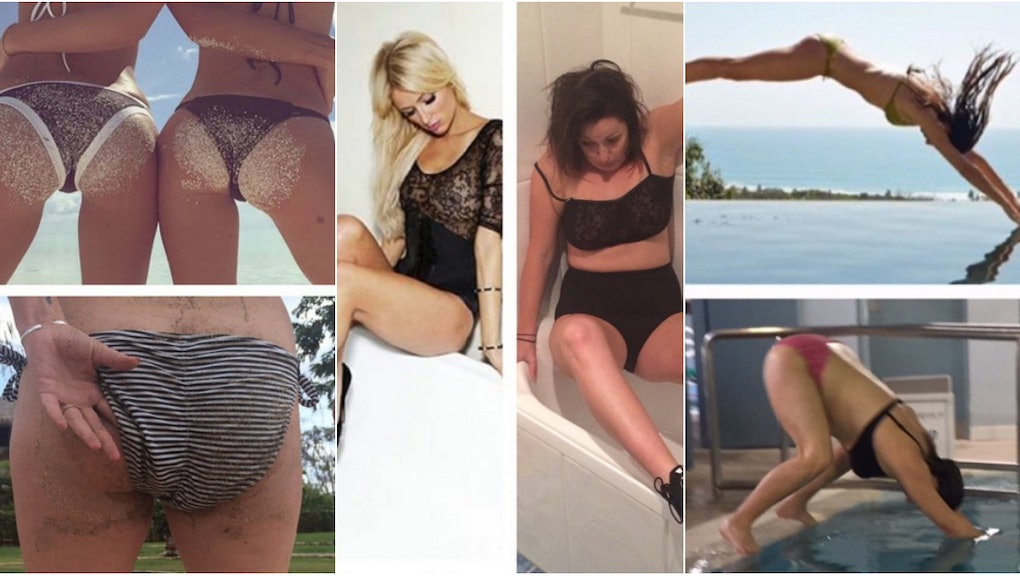 These Photos Hilariously Call Out Absurdity of Celebrity Instagram Pics

Right. The latest case of bullshit-calling emerged over the first weekend of 2016, this time courtesy of the hilarious comedian Celeste Barber from Australia. Highlighted by BuzzFeed, Barber has been using her own #CelesteChallengeAccepted, to call out the absurd photos celebrities post to their Instagram accounts.

You know, like the photos of celebs so glamorously drenched in water and paint...

...or celebrities just living their best lives, ever so casually:

That includes, of course, some classic celebrity selfies:

Barber actually started the challenge over four months ago, when she called on her followers to help her out by suggesting photos to imitate: "Got a challenge you want me to accept? Follow @celestebarber and #Celestechallengeaccepted and stay tuned for beautiful things to happen. #funnywomen #funnywomen #nailedit #challengeaccepted."

Since then, she's taken on fashion photos, like Serena Williams' shoot for New York magazine and Justin Bieber's spread for Interview magazine:

The photos have gotten considerable attention — including from the celebrities themselves. Under a photo of Barber imitating Cindy Crawford's famed Terry Richardson shoot, in which she douses herself with champagne, the model herself wrote, "Nice form," with a winky emoji.

While that's not exactly an endorsement of the project, the mass-scale audience this project has found should make the message ring loud and clear: Nothing you see on Instagram is real — especially the photos shot by professional fashion photographers.