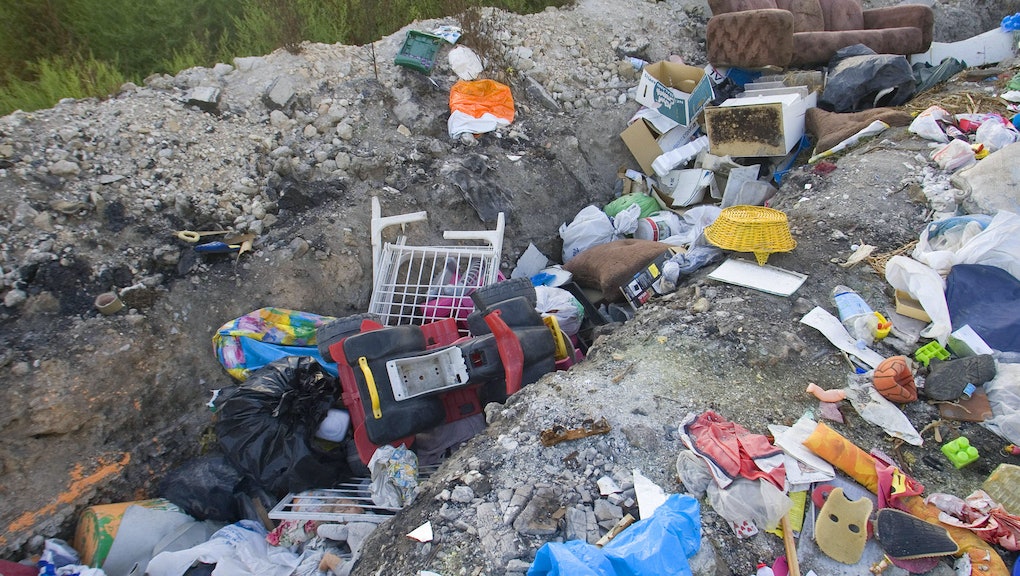 A new study from Italy's National Institute of Health has confirmed what many have long suspected: Toxic waste illegally dumped by the Camorra mob is responsible for the unusually high death and cancer rates among Naples residents.

According to the Associated Press, the startlingly high rates can be traced back to "ascertained or suspected exposure to a combination of environmental contaminants that can be emitted or released from illegal hazardous waste dump sites and/or the uncontrolled burning of both urban and hazardous waste."

The culprit, the report said, is the notorious Camorra crime syndicate, which makes billions of dollars by improperly disposing of millions of tons of the toxic waste. The money comes in part from wealthy industrial companies in northern Italy, who "ask no questions about where the garbage goes as long as it is taken off their hands — for a small fraction of the cost of legal disposal," the AP reported. According to Legambiente, an Italian environmental group, nearly 11.6 million tons of waste has been buried since the 1990s.

The study, which was ordered by the Italian Parliament, found that babies born in Naples and nearby Caserta are being hospitalized at high rates due to "excessive" cases of tumors, deeming the issue "critical."

The "Triangle of Death": As the AP notes, the findings are no surprise for locals, whose vegetables are irrigated by the contaminated water wells.

In 2014, the Italian government ordered its National Institute of Health to study and report on the death, cancer and hospitalization rates in the "Land of Fires" — the nickname given to the region in and around Naples. The term stems from the illegal burning of toxic waste, which, in addition to the dumping, has produced one of the most noxious areas in Europe. The area is also known as the "Land of Poison" and the "Triangle of Death."

According to the New York Times, the waste comes from European manufacturers who don't want to pay the price for proper waste disposal. Chemicals such as dioxin, asbestos and tetrachloroethylene have been found in water sources.

The Italian government was reportedly made aware of the dumping in 1997, when it received secret testimony from a member of the Camorra syndicate. The information was deemed classified, and didn't become public knowledge until 2013. The dumping, according to the New York Times, continued during the intervening years.

"Just the public didn't know, and the government did nothing for the people who were affected," photographer Massimo Berruti, who has documented the lives of those affected, told the Times.

Last June, authorities discovered what environmental activist Stefano Ciafani described as "Italy's Chernobyl" — a sprawling area in Calvi Risorta, a region north of Naples. The land was choked with 2 million cubic meters of toxic waste, and it took three days of digging with bulldozers to judge the scope of the environmental disaster.

Sergio Costa, the regional leader of Italy's Forestry Police, noted that the Camorra's technique for dumping and burying the waste was an "almost scientific system."

According to the Independent, research has suggested that Neopolitan women have about a 50% higher chance of developing breast cancer than women who live outside the area. Two Italian doctors, Antonio Giordano and Giulio Tarro, told the Independent that some towns had cancer rates of up to 80% higher than the national average. Now, the latest batch of research from Italy's National Institute of Health appears to have confirmed prior findings.

Yet it's still unclear what will happen next, and what steps, if any, the government will take to confront the Camorra syndicate's toxic practices.

"The environment here is poisoned. It's impossible to clean it all up. The area is too vast," Alfredo Mazza, a cardiologist who has studied the jump in cancer rates, told the New York Times in 2014. "We're living on top of a bomb."