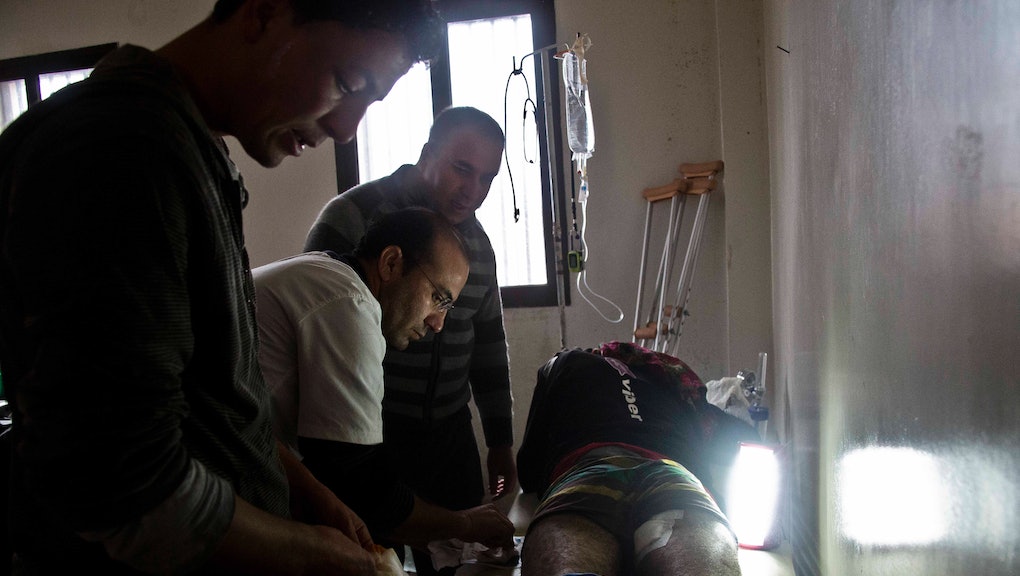 Got an MD but No Job? ISIS Is Now Recruiting Western-Educated Doctors

The Islamic State group, the terrorist organization rapidly losing ground throughout its conquered territories in Iraq and Syria, is in desperate need of jihadist doctors.

Vocativ reported that the Islamic State group, also known as ISIS, has been circulating a document titled "A Letter To Medical Doctors in the West" stating that when the group began its campaign of terror in Syria, "many doctors fled the country to live in Turkey or other countries. This caused an insufficient number of remaining doctors to treat the wounded."

The letter, wrote Vocativ, "was originally published in April by the British ISIS recruiter Omar Hussain, 27, and recirculated in both English and Arabic late Saturday by members of the forum, where Vocativ obtained it."

In the document, Hussain relayed the horrifying experience of seeing poorly-trained medical personnel committing "errors" while treating ISIS members and others hurt during the war effort. He stated that even medical workers with partial training would be a significant upgrade from ISIS' current medical staff.

"I have been to the hospitals up and down the State and so many hospitals lack not only man power but also doctors who are qualified for their jobs," Hussain wrote. "I have seen many trainees training others on how to treat wounds, and many errors are committed by these untrained, unqualified, inexperienced helpers ... You do not need to be an expert in your field to make a difference here, even someone with a year or two of studies is a big help."

But ISIS fighters aren't the primary people suffering from lack of medical care in regions under its control.

In portions of Iraq's western Anbar province held by ISIS fighters, medical supplies and medicines were in short supply and the situation had devolved into a slow-moving humanitarian disaster, reported Asharq Al-Awsat at the end of 2014. In some "besieged" regions, the publication reported, doctors said it was impossible to deliver adequate food or medical supplies, and epidemics of preventable diseases were beginning.

According to SciDev.Net, the situation was even worse in the ISIS-held Iraqi city of Mosul at the beginning of 2015, where the condition of hospitals was deplorable and former residents said ISIS was claiming available medication for its own use.

In Syria, the ongoing civil war has reduced much of the country's medical infrastructure to rubble.