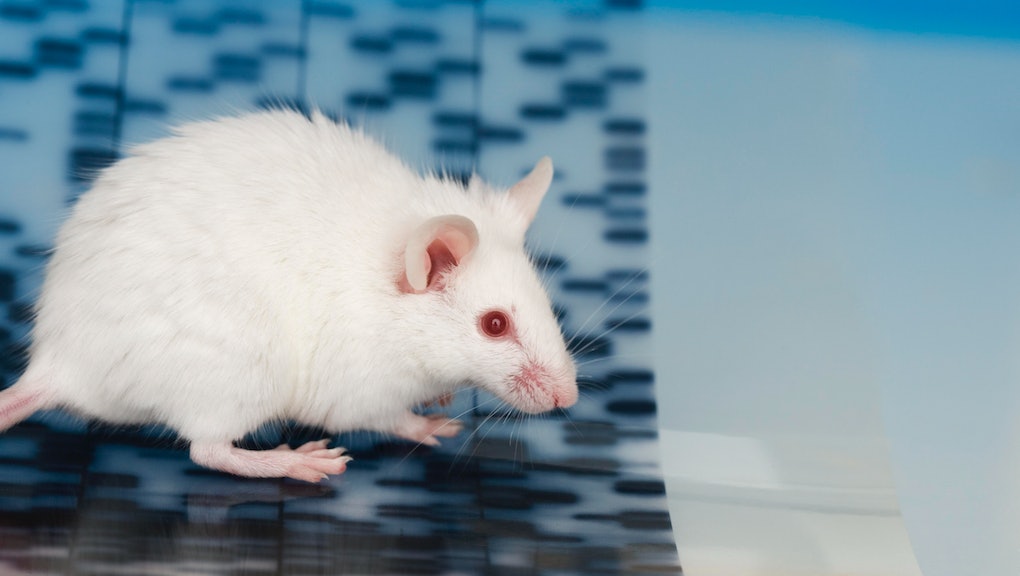 Charles A. Gersbach, an associate professor of biomedical engineering at Duke, and his team injected the mouse's leg muscle with a combination of CRISPR and a non-pathogenic carrier called an adeno-associated virus, which would route through the bloodstream to reach all of the animal's muscles, including the heart — which is huge, because heart failure is often what kills Duchenne's patients.

Gene editing has been controversial. "Recent discussion about using CRISPR to correct genetic mutations in human embryos has rightfully generated considerable concern regarding the ethical implications of such an approach," said Gersbach in a statement from the university. "But using CRISPR to correct genetic mutations in the affected tissues of sick patients is not under debate. These studies show a path where that's possible, but there's still a considerable amount of work to do."

It's currently considered unethical to perform gene editing on humans, but being able to achieve a sort of genomic proof of principle on the mouse could mean we could treat diseases by simply editing them, DNA base pair by DNA base pair. Duchenne's is a great place to start, due to the fact that muscle won't vary much from mammal to mammal.

"I think muscle in particular might be more amenable to genetic therapy because muscle tissue is a syncytium, meaning there are many nuclei in the same cell," Dr. Dan Littman, a molecular immunology professor in the department of pathology at New York University's Langone Medical Center who wasn't involved in the Duke study, told Mic. "If you can repair the genomic DNA of a subset of those nuclei, it may be possible to restore enough function to ameliorate muscle function in these patients."

Of course, first they need to figure out how to deliver the edits.

"A major hurdle for gene editing is delivery," Chris Nelson, a fellow in Gersbach's lab, said in the statement. "The best way we have to do it right now is to take advantage of viruses, because they have spent billions of years evolving to figure out how to get their own viral genes into cells."

It's a similar fear with GMO foods: You don't necessarily know what's getting edited or what mutations might be left in the DNA. Gersbach's team used the AAV, which has been shown to infect and transfer genes safely in animals after the harmful genes have been swapped out for therapeutic ones. (CRISPR is the coolest.)

But cutting through the red tape of editing humans is still something that teeters on the edge of ethical, due to safety concerns.

"The entire field of targeting with CRISPR is moving extremely fast, and it's really not so much an issue of being able to target but whether someone can do it safely," Littman told Mic. "The big issue is altering the germ line [sex cells], which most people in the field want to avoid. But targeting somatic cells is fair game.

"I think if these safety problems are resolved in three to five years," he added, "I could imagine, five years from now, there could be human trials with Duchenne's."

Gersbach said there's plenty of work still to be done, since AAV is a small virus and CRISPR is large, plus delivery isn't totally foolproof yet. But this is an early and motivational step on the path to utilizing CRISPR to its full potential: doing away with genetic diseases forever.

"There is still a significant amount of work to do to translate this to a human therapy and demonstrate safety," Gersbach said in the statement. "But these results coming from our first experiments are very exciting. From here, we'll be optimizing the delivery system, evaluating the approach in more severe models of DMD and assessing efficiency and safety in larger animals with the eventual goal of getting into clinical trials."