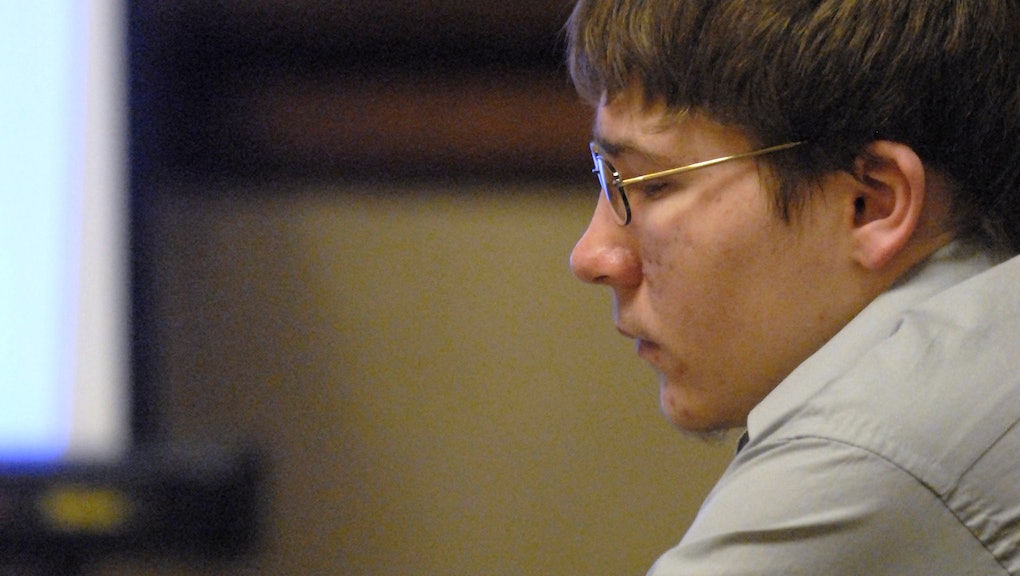 The internet has a lot of feelings about the Steven Avery case, as laid out in Making a Murderer, and most of them are feelings of rage. For the uninitiated few who've managed to miss the buzz, the Netflix documentary follows Avery's conviction for the 2005 murder of Wisconsin photographer Teresa Halbach. And while Avery's conviction has sparked controversy among viewers, the involvement of his nephew, Brendan Dassey, is arguably a better example of a miscarriage of justice.

"Steven's case, almost any case, reveals some systemic weaknesses or things we should try to improve, not just in one case but across the workings of the justice system," Avery's defense attorney, Dean Strang, told the Capital Times. "For me at least, those flaws were revealed in sharper relief and more vividly in Brendan's case."

Dassey was convicted in March 2007 on three charges stemming from the Halbach murder: first-degree intentional homicide, mutilation of a corpse and first-degree sexual assault. But the process by which Dassey came to be convicted was, many say, flawed from the first.

His attorney allegedly worked harder for the prosecution than he did for Dassey. In March 2006, when Dassey confessed to helping his uncle to maim and murder Halbach, he was assigned lawyer Len Kachinsky. In the documentary, it seems like Kachinsky accepts the appointment as a balm for his bruised ego. As Bustle reported, he had been in the running for circuit court judge in Winnebago County but had recently lost, polling third in the primary; the Dassey case presented an opportunity to restore his image.

According to Bustle, Kachinsky is thought to have placed the prosecution's interests above those of his client; indeed, this is the allegation tendered by Dassey's family in the documentary. After allowing Dassey to be interrogated alone in March 2006, he arranged for Dassey to be questioned again by Kachinsky's investigator, O'Kelly. The documentary presents a videotape of the interaction, in which O'Kelly refuses to accept Dassey's detailed alibi and instead coaches him to corroborate his earlier confession, instructing him to draw a series of pictures on the form.

It was this incident that spurred Kachinsky's removal from the case in August 2006, Bustle reported, noting that one of Dassey's post-conviction attorneys, Laura Nirider, said Kachinsky's maneuvers "violated his duty of loyalty to Brendan" and represented "steps to essentially coerce Brendan into pleading guilty."

He was convicted using a confession that should have been thrown out. Although Dassey's lawyer was dismissed for his role in the coercive interrogation, the testimony he provided was not — and was ultimately used to convict him. Notably, his uncle, to whom Dassey allegedly functioned as an accomplice, had previously been found not guilty of mutilating a corpse. But, however questionable the court's decision to allow use of this confession may have been, the details of the confession itself were incongruous, at least according to Strang.

As People reported, Strang called Dassey's narrative one "that physically couldn't have happened, that physically was contradicted by the trace evidence." Dassey said in the March 2006 interrogation that he had raped Halbach when she was tied to Avery's bed, with both ropes and chains, and that Avery had cut off all Halbach's hair; that he himself had slit her throat; that he and Avery had then shot Halbach, both in the stomach and finally in the head. The incidents allegedly took place within Avery's trailer and garage. Police did not find evidence, such as rope fibers, Halbach's hair, sweat, or blood, in either location to support Dassey's testimony.

Investigators may have led him to a false confession. According to Vulture, Dassey was read his Miranda rights before he was questioned, but reportedly waived them. And while it is not illegal to interrogate a child without that child's attorneys or guardians present, the manner in which investigators questioned Dassey was flawed. In March 2006, while extracting Dassey's original confession, two investigators posed leading questions to the teenager, saying they knew exactly what had happened and that they would help Brendan if he told them the truth, according to the documentary.

Esquire recently spoke to University of Virginia law professor Brandon L. Garrett about the concept of a false confession. "What we've learned is that false confessions can also be contaminated by details of the crime," Garrett told Esquire, noting that many false confessions are highly detailed, incorporating information that the police allege only the perpetrator could possibly have access to. Garrett continued, "We now know that the claim could not have been true and the police must have told them information."

Which is why it matters that Brendan Dassey had a low IQ. According to Vulture, Dassey's IQ was between 69 and 73, while "a score of 70 is often used as a cut off for intellectual disability." This, Garrett said, would make him a prime target for interrogators looking for specific answers to their questions. "We know vulnerable people are more likely to falsely confess," the law professor told Esquire. "The bulk of the false confessions I've studied were either by juveniles or by people who are mentally ill or intellectually disabled. You'd expect people who are vulnerable to cave in to police pressure, and it's easier to put words in the mouth of a person like that."

According to the documentary, that's precisely what the police did. After the March 2006 confession, Dassey told his mother that the officers "got in his head" and that the story he told them was fabricated.