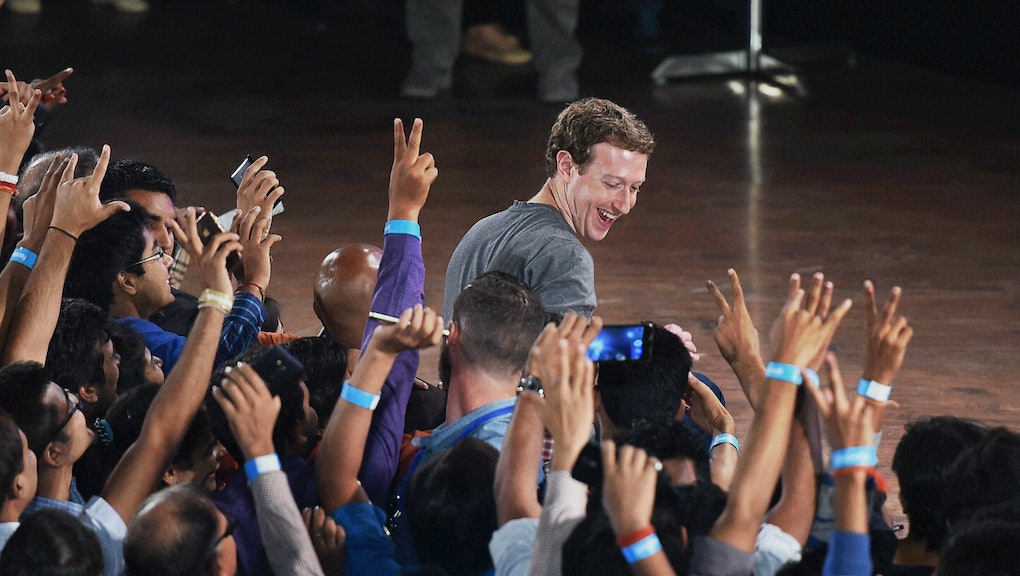 Mark Zuckerberg: Dating Is Not How to Get More Women Into Tech

Mark Zuckerberg took to Facebook Sunday night to announce his New Year's resolution: to build a personal artificial intelligence system to run his home life and decide which of his friends can and can't come into his home.

But the comment that got the most attention by far of any of the nearly 30,000 comments that went up in the first 24 hours of Zuckerberg's post came from a woman who counsels her granddaughters not to neglect the high school nerds who might one day become boy kings of Silicon Valley.

"I keep telling my granddaughters to date the nerd in school, he may turn out to be a Mark Zuckerberg!" she wrote.

In response, Zuckerberg insisted that the woman instead tell her daughters to become those nerds so they could start their own companies:

In an industry like tech, which has alienated and excluded women from STEM education right up through startup culture, it's heartening to see one of the most visible leaders in the field telling parents to change the way they speak to their young children about tech skills and entrepreneurship.

The woman who left the original comment was immediately back in the thread, with only this to say: "Mark Zuckerberg I am going to do that!!"