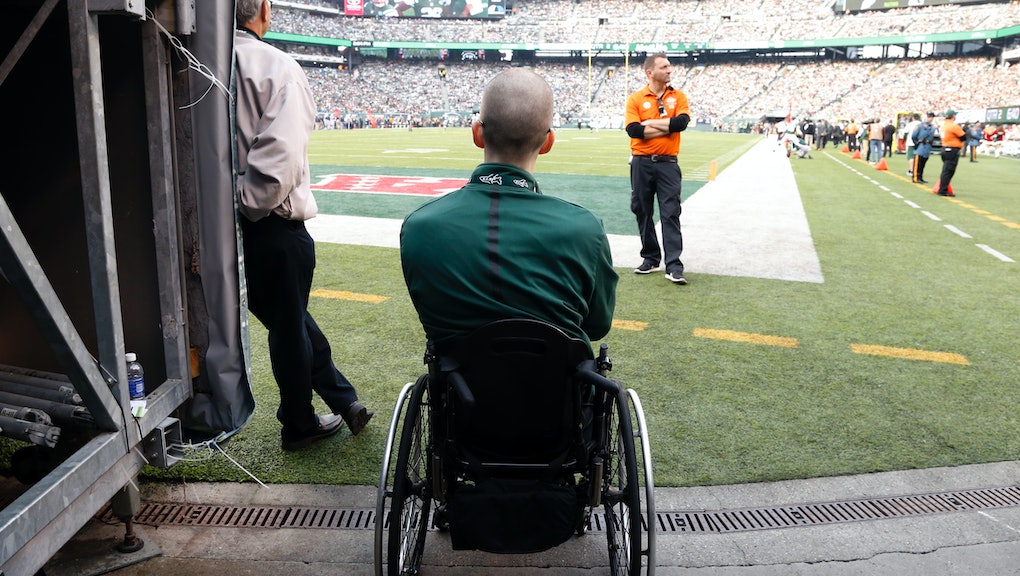 A cutting-edge new research project could be a "game-changer" for people with disabilities, its creators say.

Scientists at the University of Washington's Center for Sensorimotor Neural Engineering are working on an implantable device that could help people with paralysis move their limbs again. The project just received a $16 million grant from the National Science Foundation.

If successful, the device would be implanted into a patient's brain. From there, it would bridge the communication gap between her brain and the parts of her body affected by paralysis. A University of Washington news bulletin described the project in greater detail:

"CSNE researchers are working to build closed-loop co-adaptive bi-directional brain-computer interfaces that can both record from and stimulate the central nervous systems. The devices essentially form a bridge between lost brain connections, achieved by decoding brain signals produced when a person decides they would like to move, and stimulating specific parts of the spinal cord to achieve the desired action. By wirelessly transmitting information, damaged areas of the brain are avoided."

"It would radically alter the way we might help people for stroke or spinal-cord injury," said Rajesh Rao, director of the CSNE, according to the Seattle Times.

The $16 million will be dispersed over four years, according to the University of Washington announcement. Within five years, the researchers hope to have proof of concept that the device can be implanted in humans; within eight to 10 years, they aim to have it ready for clinical trials, according to the Seattle Times.

The CSNE isn't alone in the fight against paralysis. Other scientists are working to develop brain-machine interfaces — i.e., communication devices that link the brain to external devices.

One of the most memorable moments of the 2014 World Cup was how it began. Juliano Pinto, a 29-year-old with paralysis of the lower trunk, used a robotic exoskeleton-type suit to deliver the tournament's first kick.

The suit was designed by Brazilian neuroscientist Dr. Miguel Nicolelis and a team of more than 150 researchers, according to the BBC. Nicolelis is the leader of the Walk Again Project, an international, collaborative effort to help people with paralysis walk again.

How common is paralysis? Probably more common than you think.

Approximately one in 50 people in the U.S. is affected by paralysis, according to the Christopher and Dana Reeve Foundation. That translates to around 5,596,000 people nationwide.

That's a lot of people who could one day benefit from CSNE's potentially groundbreaking new device.