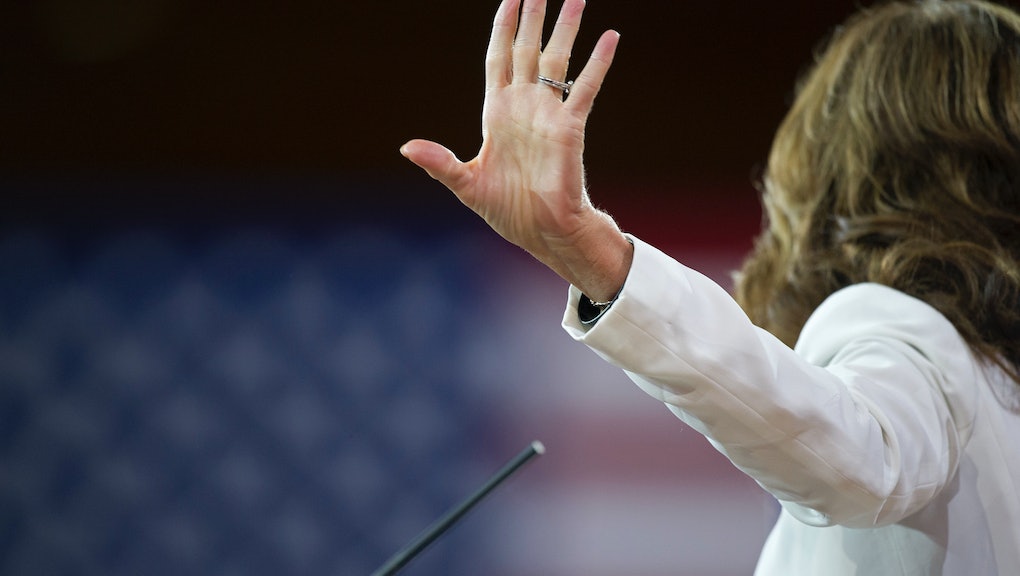 Republican Women Are Mad as Hell and They're Not Going to Take It Anymore, Says Poll

At any given moment, there are thousands of things to be angry about. There are little things (Uber surge pricing, writing apparatuses) that get some riled, but there are more substantive things like sexual assault, police brutality and gun violence that incite the rage meant to drive change. According to a new poll conducted by NBC News, Survey Monkey and Esquire, 49% of Americans said they find themselves feeling angrier about current events than they were a year ago.

But two groups distinguished themselves as the angriest: whites and Republicans. As compared to 43% of Latinos and 33% of African Americans, 54% of white people reported increased levels of outrage over the course of 2015. Republicans edged out Democrats 61% to 42%, and women edged out men by just 9%, though white women were angrier than nonwhite women by 14%.

So what does the angriest person in the U.S. look like? If the numbers are right, a white Republican woman.

Most respondents reported their anger was due to the current economic climate, low income and the increased difficulty of achieving success in the U.S. Though the survey didn't account for this possibly confounding factor, the Starbucks holiday cup controversy could also account for a spike in Republican outrage. Lamenting "PC culture" can really get your blood pumping, too.

But, you know the saying: If you're not angry, you're not paying attention.