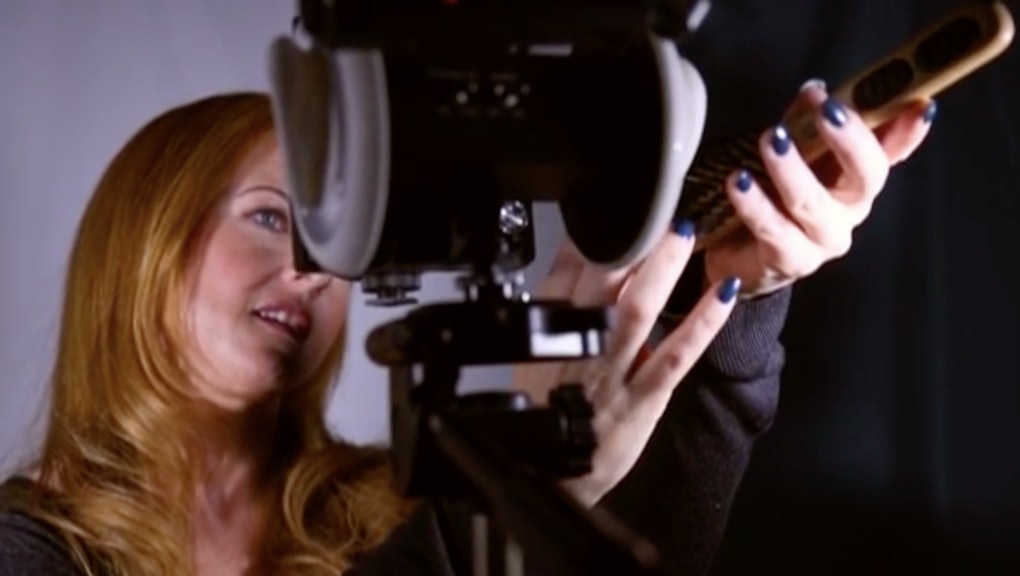 The human brain, much like life itself, is a mystery.

Take, for example, the phenomenon of autonomous sensory meridian response, or ASMR, whereby people say they derive an intense tingling pleasure in their heads from listening to the sounds of soft, whispery speaking or other sounds they find relaxing, such as hair brushing or gum chewing.

Most ASMR enthusiasts get their fix via YouTube, which boasts an impressive roster of ASMR artists and channels, willing to whisper their audiences into a state of bliss night after night. While the world of ASMR-YouTube has seen quite a bit of internet attention in recent years, a new video from the Guardian offers a fascinating look at what happens behind the scenes of these soothing clips of sonic servicing.

One of the artists in the video is Emma, a gentle dame who runs a 129,000-subscriber YouTube channel called WhispersRed. She explains that it took her many years to realize that she wasn't the only person who enjoyed listening to soft whispers and pacifying sounds.

"I think it was probably around the age of 6 or 7 — could have been older — where I started to talk about it to other people," she says. "And it was really difficult at that age to explain it. I would say a few things straight away. I would be met with just a blank look, and I didn't know where else to go from there. So I didn't talk about it, really, to people anymore."

Eventually, though, she says once she discovered ASMR videos online, she realized that whispering and/or caressing soft objects into a microphone was her calling.

"I thought, 'My God, this is just...' — I couldn't get enough. I was watching them and watching them, and I fell in love with the whole idea of being able to trigger other people by making videos," she explains.

"I thought that was incredible."

Matt, who runs the YouTube channel The ASMRCast, tells the Guardian that he sees the responses from followers, which include those who say his ASMR videos are therapeutic.

"Sometimes I get people who say they have been suffering from depression, and the content that I'm producing is helping them," says Matt (seen below rubbing his beard on a microphone).

Over the past few years, ASMR videos have made a total splash online. A subreddit for ASMR enthusiasts currently sits at more than 108,000 "happy little subscribers" and resources such as ASMR Lab, ASMR University and ASMR.fm have sprung up to offer people all the "braingasms" they could ever need.

Meanwhile, plenty of curious reporters have dived into the world of ASMR, with media coverage of the phenomenon popping up everywhere from Vice to the New York Times to BuzzFeed (among many others).

And now the Guardian is to thank for providing this compelling behind-the-scenes peek into the lives of the people who live and breathe ASMR. Watch the full thing below, maybe with headphones and soothing li'l cup of chamomile tea: