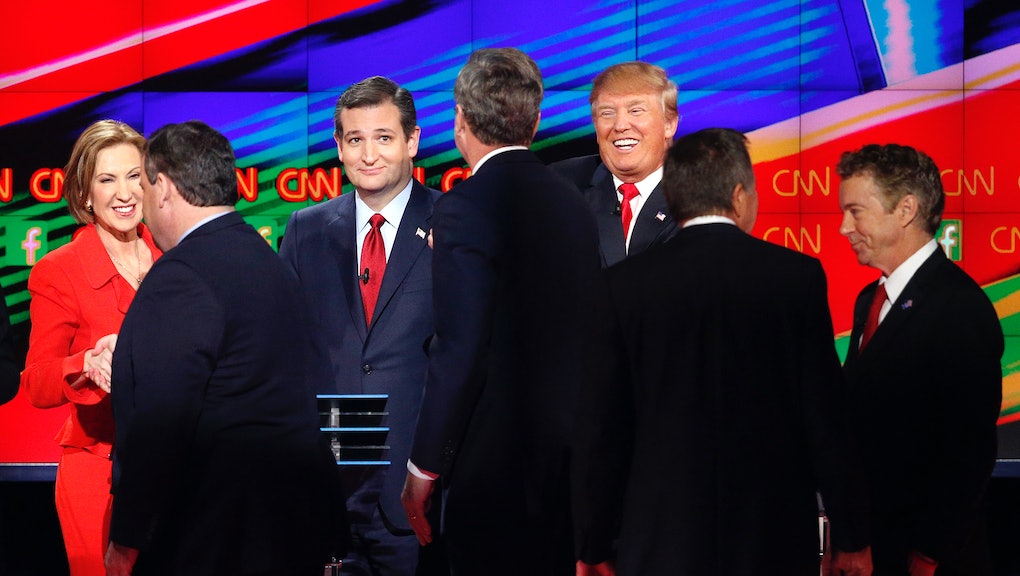 A new year not only means a new beginning for many — 2016's arrival is also significant because it marks the start of an election year, and the first few months of the year will see a number of key dates for candidates and voters alike. Though January will be a crucial time for debates for both parties, the republicans will have a heightened month of face offs, and will meet twice this month to duke it out in front of voters.

Perhaps it makes sense for the republican candidates to debate far more than the democrats presidential hopefuls in 2016, given the large number of GOP candidates as compared to the democrats.

The Republicans will meet on Jan. 14 at the Fox Business Network's event in North Charleston, South Carolina. The second Republican primary debate of 2016 will take place on Jan. 28, followed by three more debates in February and two in March.

On Monday, Trump released his first television campaign ad. The video caused a stir for a number of reasons, no least of which is that the spot advertises weeding out illegal immigration on the U.S.'s souther boarder, however the message is overlaid on top of footage of immigrants in Morocco, Politifact reported.

On the Democrat's side, just three candidates remain — former Secretary of State Hillary Clinton, Vermont Sen. Bernie Sanders and former Maryland Gov. Martin O'Malley. The candidates will meet just once this month, at the NBC News debate on Sunday, Jan. 17. NBC will host the debate in Charleston, South Carolina, and NBC's Lester Holt will moderate the evening. After the Jan. 17 event, only two debates in total remain for the Democratic candidates.