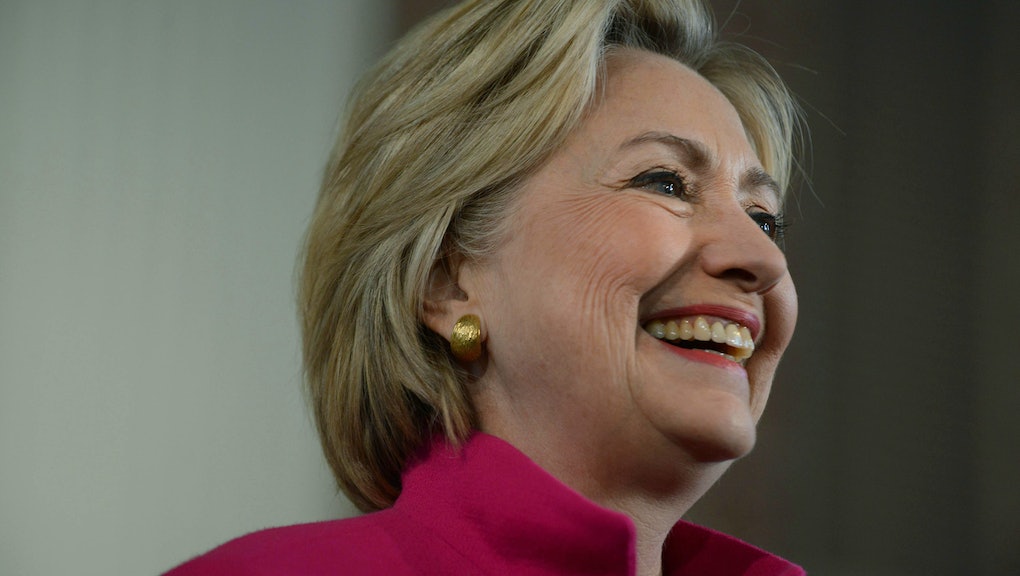 While campaigning in New Hampshire last week, presidential hopeful and former Secretary of State Hillary Clinton was reminded by Daymond Steer from the Conway Daily Sun of a comment her husband had said last year regarding UFOs, alien invaders and the Freedom of Information Act, the Conway Daily Sun reported. Clinton responded by saying that aliens could already be here and that she will use the top-secret resources like the governmental desert site Area 51 to find out, thanks to a push by campaign chairman John Podesta, the Huffington Post reported.

"He has made me personally pledge we are going to get the information out," Clinton answered, referring to Podesta, according to the Huffington Post. "One way or another. Maybe we could have, like, a task force to go to Area 51."

"I'm going to get to the bottom of it," she told Steer.

For many people, Area 51 conjures up images of top-secret military warehouses in the Nevada desert and has spawned countless conspiracy theories involving aliens and government secrecy. Located near Las Vegas, the site's reputation long-lived as a governmental attempt at covering up the existence of aliens and UFOs, such as 1947's Roswell UFO crash, according to CNN. But in 2013, the CIA released game-changing documents that officially acknowledged the military site as a testing site for surveillance programs during the Cold War.

In 2014, Bill Clinton appeared on Jimmy Kimmel Live! and admitted to already exploring Area 51 during his second term à la the well-known sci-fi flick Independence Day. Instead, Area 51 is where top-secret technology is worked on, he said. Although he denied the existence of any aliens there, he added that they still probably exist.

Podesta, who was White House chief of staff during one of Bill Clinton's terms, is a fan of alien belief, according to the Huffington Post. He's previously advocated for the release of governmental UFO documents and in 2002, he said that "it's time to find out what the truth really is that's out there."

But to those who think alien believers are Clinton's new demographic, the journalist Steer told the Huffington Post that he thinks it was just a "light-hearted conversation." Aliens are not officially on the Democratic frontrunner's platform — yet.