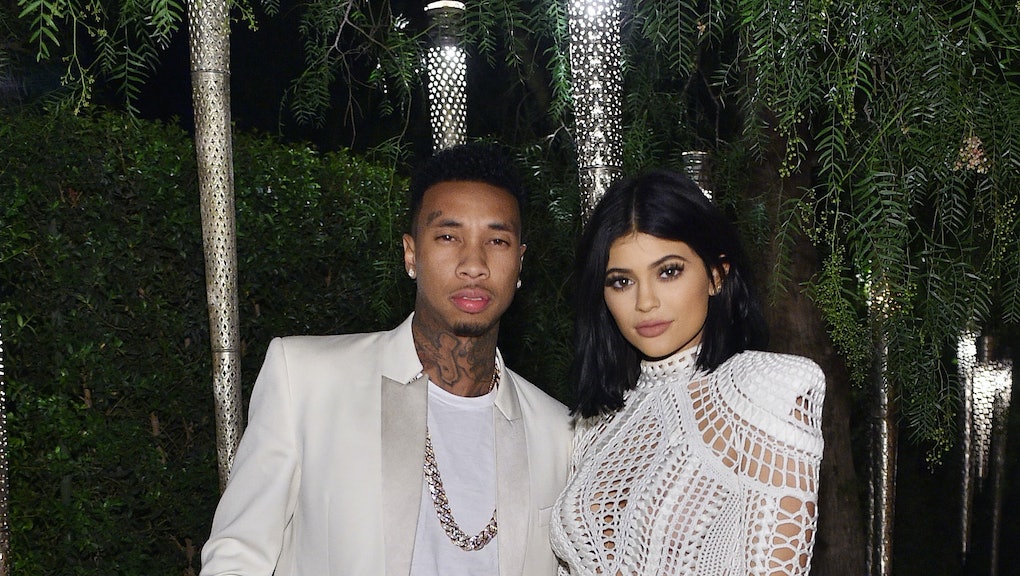 Tyga’s Newest Song, Supposedly About Kylie Jenner, Is Creeping Everyone Out

"Ugh, she gonna do it for a promise ring/ Pussy every night, remember what you promised me?" Tyga raps on the new track. "You my Grammy, all them other hoes nominees/ I was never honest to them other hoes, honestly/ Sex in the shower, see you wet and my diamonds clean."

"She can get fat like Oprah/ Long as she always give back like Oprah," he raps later in the first verse. Hey, at least he supports body positivity.

The rapper hasn't commented on whether the lyrics are about Jenner, but the pair has been publicly dating for more than a year. It's also unclear whether it would be more or less disturbing if Tyga is rapping about a side chick. The promise ring line further suggests the song is about Jenner, considering Tyga allegedly bought her a $33,000 diamond ring that she's been flaunting on social media.

Some fans thought the lyrics were in poor taste, calling the song "lowkey gross."

In October, Tyga dropped "Ice Cream Man," in which the rapper explicitly bragged about the quality of oral sex an unspecified female performs on him. The song came just a few weeks after Jenner turned 18.