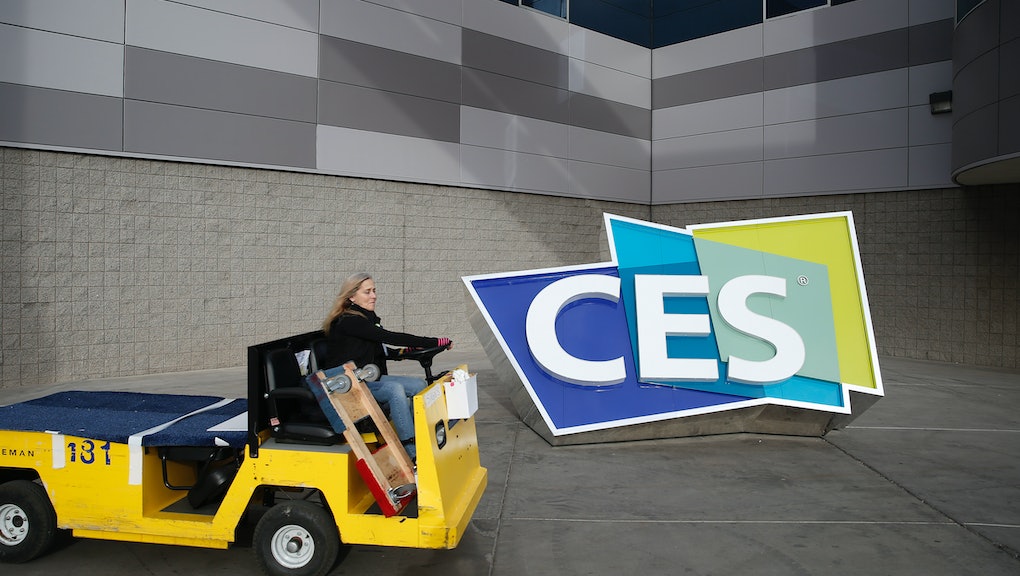 Blink Board and Other Products We're Excited About at CES 2016

Techies, rejoice: The Consumer Electronics Association (CEA) will hold its annual International Consumer Electronics Show in Las Vegas from Jan. 6 to 9, which means that upwards of 3,000 companies will display their biggest tech achievements to date. The 2016 trade show will feature keynotes from industry big shots including (but not limited to) the CEO of Netflix, Reed Hastings; Robert Kyncl, the Chief Business Officer of YouTube; Samsung President Dr. WP Hong and Intel CEO Brian M. Krzanich, along with a smattering of celebrities in attendance.

"CES is not just about entertainment products and services; we're seeing cutting edge technology which helps mankind and betters our world," said CEA's president and CEO, Gary Shapiro, in a press release.  "We are excited to tell this story to CES attendees and the global audience we reach to reinforce that CES is the home for life-changing tech that is improv[ing] lives today and can solve global issues tomorrow."

What kinds of cutting-edge, life-changing, world-improving technology might show-goers see in Las Vegas? CES Unveiled — the preview event for media and industry members — took place Monday, giving us a look at what we can expect from the big show. Here are our five favorite products from CES 2016.

Acton unveiled its electric skateboard — the Blink Board — at CES Monday. According to Mashable, the board measures 26.5 inches end to end and weighs nine pounds, a portable transport option that riders can control either with a remote control or through the Acton smartphone app. The Blink Board's BluTooth capabilities mean that riders can not only steer the skateboard but also record stats from their rides such as speed and route, TechTimes reported.

New from OM comes a sports bra equipped to track users' biometrics during a workout and deliver them straight to their smartphones. The OMbra is made of thin, flexible, high-performance fabric that incorporates sensors without feeling bulky on the body. The smart bra comes in a variety of colors and is as functional as it is fashionable, according to the website; it comes with a "smart box" that records users' workout metrics and syncs them with their iOS devices. The bra can allegedly go a full day before it needs to be recharged, but all that convenience comes at a price: According to USA Today, the bra's retail price will be something like $150.

The Facebook-owned Virtual Reality (VR) company will be shipping its Rift VR headset in the first quarter of 2016, according to Road to VR, which predicts that CES 2016 will be tech enthusiasts' first opportunity to pre-order the much-hyped VR headset. Additionally, HTC will be showing its Vive VR technology, and Sony will introduce its Play Station VR system, USA Today reported. Also on display will be "360 3D video cameras," according to USA Today, "that allow consumers to capture their own VR content." In short, fun new VR toys will abound at the showcase.

Drones will be a big ticket item at CES 2016, especially the Lily camera drone, a winner of the CES Best of Innovations in the Unmanned Systems and Accessories category. As the Gear Caster reports, Lily is easy to operate: Users need only toss her in the air and she'll start taking snaps. Lily is lightweight (3 lbs.) with a GPS and a hi-res camera; she can take both videos and stills, from five to 50 feet off the ground.

The future is now: In 2016, robots can make your drinks for you, thanks to the Somabar Robotic Bartender, which "integrates Wi-Fi connectivity, onboard sensors, electronic ingredient tagging and automated cleaning," CES reports, to make "bartending as easy as pressing a button." Just a few reasons why it's the winner of the 2016 Best of Innovations award in the home appliance category: the robot bartender can make hundreds of drinks; it suggests cocktails based on the alcohol options users have on hand and allows them to select from an extensive menu on their smartphones — the pinnacle of luxury.