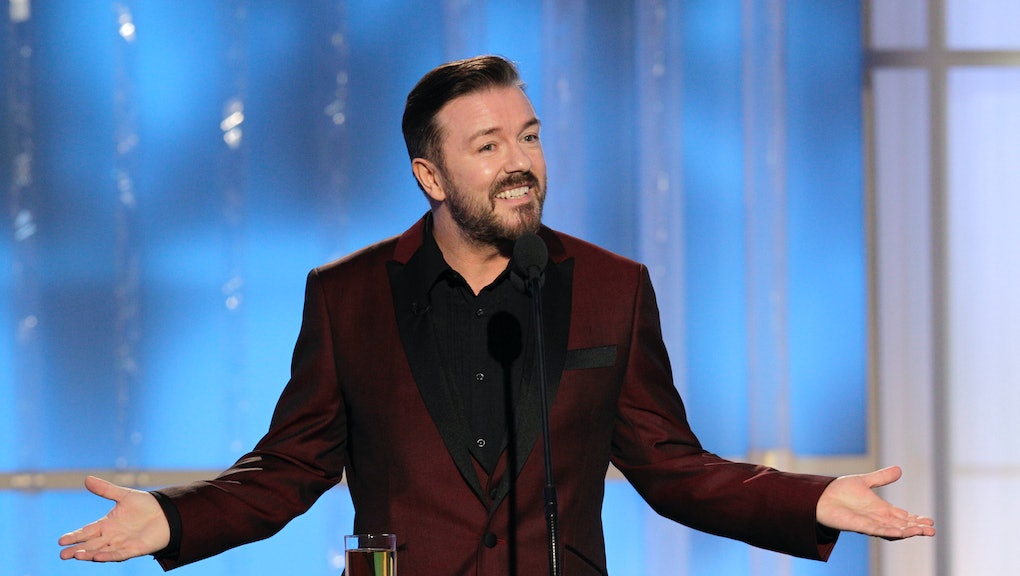 With the 2016 Golden Globe Awards only days away, folks of a betting nature are keeping an eye on the odds of some of the nominees either taking home an award or going home empty-handed. And as always, when it comes to gambling and the Golden Globes, big risks could earn big payoffs.

Best film, drama: As of Monday afternoon, the sports betting website Sports Betting Dime has Spotlight as the clear favorite, with 2-1 odds. Revenant was ranked as the next most likely to win. Mad Max: Fury Road is at the back of the heap. As the least likely to win, it's the riskiest bet with the biggest potential payout.

Best film, comedy or musical: Sports Betting Dime gives sci-fi flick The Martian the clear best odds to win, at 7-5. The Big Short has the next best odds, and Amy Schumer's Trainwreck is also in the running. Trumbo is the category's longshot, listed on the site with 10-1 odds.

Best performance by an actress, drama: Room's Brie Larson is listed with the best odds to win at 2-1, with Carol's Cate Blanchett as the second-best bet. Rooney Mara, also from Carol, is the longshot in the category.

Best performance by an actor, drama: Leonardo DiCaprio has been tapped as the projected winner by betting sites. Sports Betting Dime gave the The Revenant actor 7-4 odds. Steve Jobs' Michael Fassbender and The Danish Girl's Eddie Redmayne have similar odds in the middle of the pack, with Concussion's Will Smith as the least likely to take home the award.

Best performance by an actress, comedy or musical: Joy's Jennifer Lawrence is listed as the most likely to take this award — Sports Betting Dime puts her at 3-2 odds. Grandma's Lily Tomlin has the second-best odds of winning, and The Lady in the Van's Maggie Smith is the longshot.

Best performance by an actor, comedy or musical: According to Sports Betting Dime, this category is a little bit more of a toss-up than others: The Martian's Matt Damon has the best odds, at 3-2, but The Big Short's Steve Carell is also tapped as a potential winner and listed at 3-1 odds. Infinitely Polar Bear's Mark Ruffalo is the longest shot.

Best supporting actress: Steve Jobs' Kate Winslet has the best odds in the category, at 2-1 on Sports Betting Dime. The Hateful Eight's Jennifer Jason Leigh has the second-best odds of winning, and Ex Machina's Alicia Vikander has the worst odds.

Best supporting actor: Beasts of No Nation's Idris Elba has the best odds of taking the category, at 2-1. 99 Homes' Michael Shannon is the longest shot.

Best television series, drama: Fox's Empire gets the best odds of winning this category according to Sports Betting Dime, which gives the show 3-2 odds. HBO's Game of Thrones has the second-best chance of winning, and Netflix's Narcos has the worst odds of winning.