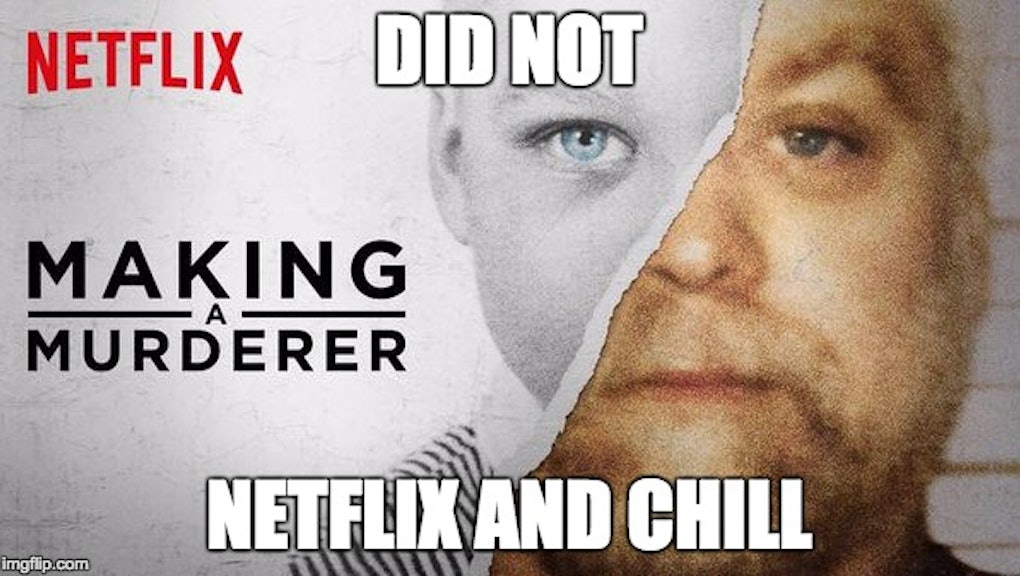 Making a Murderer is a true crime phenomenon; it is also a meme goldmine. Since the Netflix docudrama grabbed the internet's attention in December, it has kept fans on the edge of their seats for hours of binge watching, inviting them to examine the highly memeable cast of characters through the lens of pop culture trends — and many of the memes make a good point. For those who have finished all 10 episodes and just need more Making a Murderer in their lives, we give you: Making a Meme...rer.

There are the great love affairs:

And the deplorable villains:

This Ken Katz/Sea Witch Ursula mash-up is a figment of nightmares.

A throwback jab at Kratz, who allegedly sent a client of his sexually charged text messages, leading to his resignation in 2010.

There are the witty internet quips and commentary:

Just get Lt. James "Missing Lenk" Lenk on the case; he'll solve it in no time.

Some fans are already casting the film version:

While others are using the series to give voice to the full spectrum of their feels:

#TFW you're Steven Avery and you just can't win.

There's that initial feeling of shock.

Then you start to feel pretty damn smart.

Eventually, you realize how much of your life has gone into this show.

But then you think about how much of Steven Avery and Brendan Dassey's lives went into this show, and also prison, and this happens:

But at the end of the day, it really comes down to this: