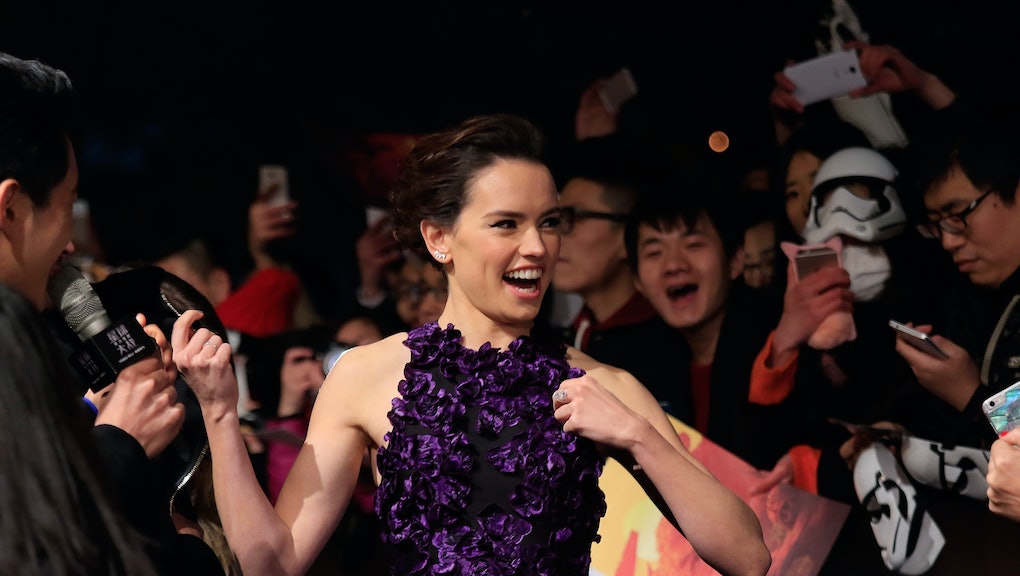 While Star Wars: The Force Awakens was generally well-liked, Daisy Ridley, who plays protagonist Rey, faced  criticism for being, of all things, seemingly too strong a heroine. Screenwriter Max Landis ignited the flame that sparked dozens of think-pieces when he called Rey, the protagonist in the new Star Wars film, a "Mary Sue."

"Mary Sue" is fan-fiction lingo for characters so flawless and beloved that they are basically self-inserted by the writer, according to the Verge. Landis meant that Rey, with her unmatched and natural talents, was too perfect to be plausible, making her a lacking character. In his tweet, Landis called out Rey for being fluent in multiple languages and a "perfect shot."

Others agreed that Ridley's Rey was too unbelievably strong, and that the movie provided no set-up for why Rey had no problem completing complex Jedi-esque tasks.

However, training to be Rey was hardly a walk in the park for Ridley. Weeks before the film's Dec. 18 release, Ridley posted a #fitnessfriday video to Instagram of herself deadlifting 176 pounds, proving that she worked hard to earn Rey's action-packed role and shutting down any haters calling her stunts implausible. "Initially I had to pack on some muscle to look like a desert scavenger, but have continued working out because it makes me feel really good," Ridley said in her caption of the video.

She ended the caption saying, "The female form is beautiful in all shapes and sizes, whether that's athletic, straight up straight down or curvy; you just have to do what makes you feel good, try not compare yourself to other people and LOVE YOURSELF!!! As it stands I'm of the athletic variety so I'm gonna keep pumping those weights."

Fans applauded her, calling her "inspiring," and saying, "Daisy Ridley can beat the crap out of me."

But it's not all positive support that comes from her workout posts. She's previously had to take down a #fridayfitness video because of disrespectful comments she received. "I am a human being, I am not an object for people to flippantly make comments about," she wrote.

But it seems Ridley has caught the fitness bug. She called her intense workouts "a therapy session" to Elle.