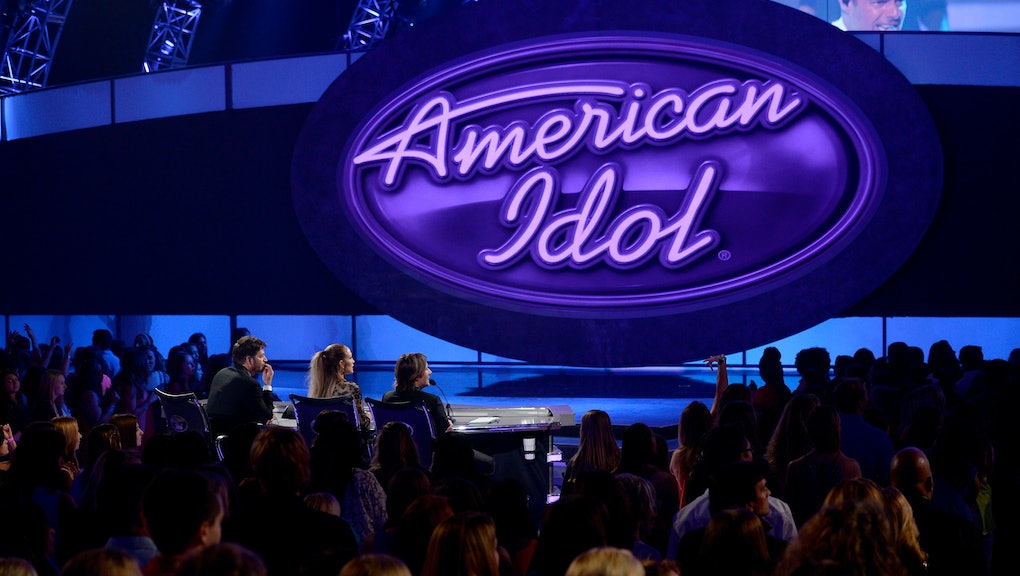 American Idol Season 15: Full Preview, Viewing Info and How to Vote This Season

The much-loved singing competition reality show American Idol is about to kick off its final season, and the first episode of the 15th cycle of the show airs on Wednesday at 8 p.m. EST. Fox will host the premiere and subsequent episodes, and viewers can head to the network's site for all viewing options. Standing hosts and longtime musicians Jennifer Lopez, Keith Urban and Harry Connick, Jr. will be joined by former host and television personality Ryan Seacrest for the show's last incarnation. The premiere will span two nights, according to Fox.

Perhaps to hype the yet highly anticipated premiere, celebrity royalty Kanye West appeared in a mock tryout for the show on Monday. West's wife and reality TV mega star Kim Kardashian also appears in the promotional video with crossed fingers to cheer on the Chicago-bred musician. For his performance, West chose a rendition of his hit song "Gold Digger," the lyrics of which make reference to Lopez.

In the lead up to Wednesday's premiere, American Idol producers have leaked a number of other promotional videos, including a "360-degree" video which teases viewers with a peak at the final 24 contestants who will compete in the upcoming season. On stage, the singers perform "Best Day of My Life," which Billboard reports was written by American Authors.

The video was shared to a number of social media sites, among them Twitter:

How to vote: According to Fox, viewers have five options when it comes to voting. First, viewers should tune into Fox's American Idol broadcast. Voters can cast a vote by heading here, or submit what's called a "SuperVote" via the network's Fox Now app. Google Search will also surface a page viewers can use to weigh in on who deserves to be the victor, though this option requires viewers to have a valid Google account. A toll-free number will be available during broadcasting, with numbers displayed onscreen during the show's broadcast. Voters can also text in their votes, and each contestant will be assigned a key code corresponding to the number to text.

According to Fox, there's a limit on how many times each viewer may vote. Per the network, "For each voting method, any votes above 20 per contestant will not be counted." For more information and details on voting, head here.

In a deep dive tribute post to the longstanding show, which was published on Monday, the New York Times TV critic James Poniewozik wrote that during the course of its time on air, American Idol "became an island of mainstream in a sea of niche by embodying contradictions," and that the hit show "changed the rules for making pop stardom." Previously, the Times reported that, at its peak, American Idol garnered more than 30 million devoted viewers each episode.