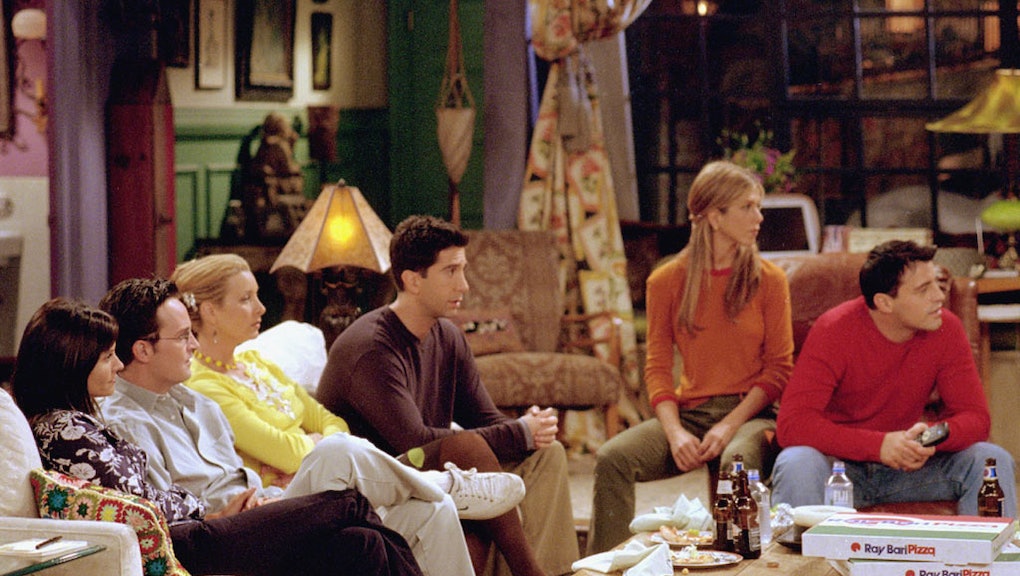 Research Makes the Case for #NoNewFriends in New Study

You randomly meet someone fun at a party and you're like "Ohmigod, BFFs? BFFs." Or you love the squad at your new job so much it makes you want to welcome them to the stage every night during non-work hours. Or perhaps you unexpectedly fall in friend-love with your best friend's cousin at her wedding and it kinda makes you want to turn your dynamic duo into a terrific trio.

Indulging the fantasy of an expanded friend circle is nice for a while. Until, that is, one of these people actually wants to hang out, like, IRL.

You suddenly realize how much time and effort it would take to actually squeeze another meaningful friendship into your busy life, and so you flake repeatedly until you're finally like, "Meh. Maybe I'll have a large gaggle of grownup friends in my next life. Until then, I'll be good with my hometown besties and also Netflix."

If the above scenario sounds familiar, a new study is here to tell you it's actually totally OK. In fact, it might even be healthy.

The study: According to research published in Proceedings of the National Academy of Sciences, social relationships can actually influence our longevity. The study comes from the University of North Carolina at Chapel Hill, where a group of researchers sought to examine the implications our friendships have on our health.

In looking at "data from four nationally representative longitudinal samples of the U.S. population," the researchers were able to determine that friendships do in fact have a major impact on peoples' health — but different kinds of friendships matter in adolescence and late adulthood, versus in "middle adulthood."

In adolescence, the researchers wrote, "Lack of social connections was associated with vastly elevated risk in specific life stages," adding:

For example, social isolation increased the risk of inflammation by the same magnitude as physical inactivity in adolescence, and the effect of social isolation on hypertension exceeded that of clinical risk factors such as diabetes in old age.

In other words, not having many friends as a teen can be as physically unhealthy as skipping track practice for a burrito. Not having enough social connections as an older person is similarly unhealthy.

But the study made a different conclusion about middle adulthood — i.e. where most of us are likely at right now. It's not the number of friends that matters, but the quality.

"The relationship between health and the degree to which people are integrated in large social networks is strongest at the beginning and at the end of life, and not so important in middle adulthood, when the quality, not the quantity, of social relationships matters," author Kathleen Mullan Harris said in a press release.

In short, #NoNewFriends — for now. The results of this study will likely come as good news to anyone who feels a little stretched thin as it is, when work obligations, relationships and various other facts of life can make it feel impossible to adequately give our existing friendships the attention they deserve.

With and without studies to back it up, the argument has been made many times in the past that having a small circle of quality friends is more valuable than maintaining a large social network.

"Go for quality of friendships rather than quantity," Richard Koch, author of the 80/20 Principle, wrote for the Huffington Post in 2013. "Do not spend an average amount of time with all friends. Spend your time and emotional energy reinforcing and deepening the relationships that are most vital to you. Do not see people just because you've got in the habit of meeting and reciprocating invitations."

So there you have it — your free pass to flake out on newbies! Provided you're nurturing the quality connections you already have in place, that is.