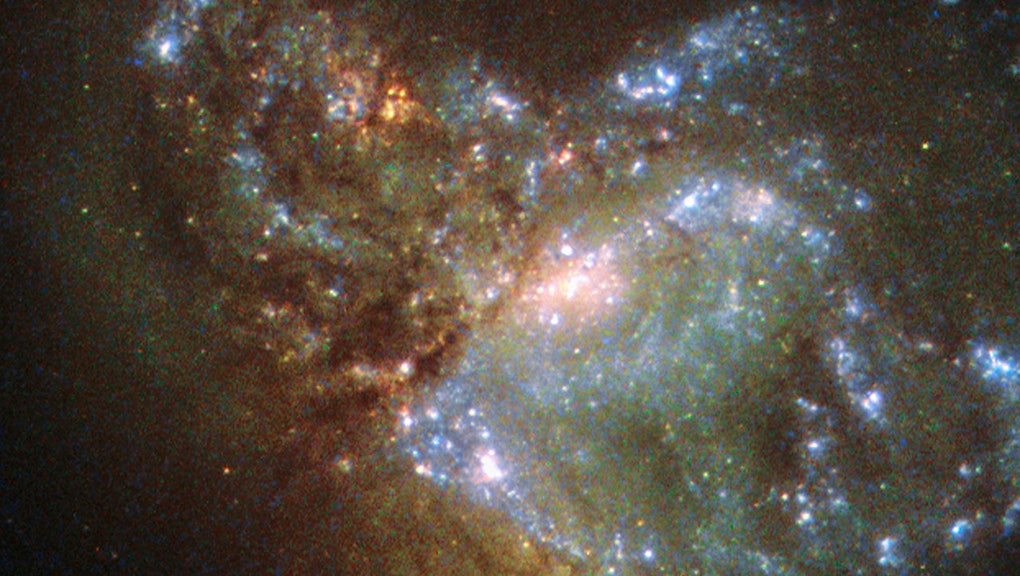 This Stunning New Photo Captures What Happens When Galaxies Collide

The National Aeronautics and Space Administration and its counterparts in the European Space Agency have started off 2016 with an astonishing look at what happens when two galaxies run into each other.

According to a blog post on the NASA web site, the photograph was taken by the Wide Field Planetary Camera 2, one of the instruments on the telescope, and depicts Galaxy NGC 6052 — actually two galactic bodies in the process of merging "around 230 million light-years away in the constellation of Hercules."

As the two galaxies merge, they enter a period of chaos while the orbits of various solar bodies are disrupted, before eventually settling into a stable new configuration.

The 230 million light-year gap between Earth and NGC 6052 does mean, however, like much photography of distant astronomical bodies, that the photo is capturing something that happened hundreds of millions of years ago. What NGC 6052 looks like today is unknown.

Galactic mergers are far from rare — as Space.com notes, our own Milky Way galaxy is on a "collision course" with the Andromeda galaxy. The two will eventually merge in about 4 billion years, as depicted in the below simulation.

For the record, yes, the sun could be one of those stars flying off into the meaningless ether.