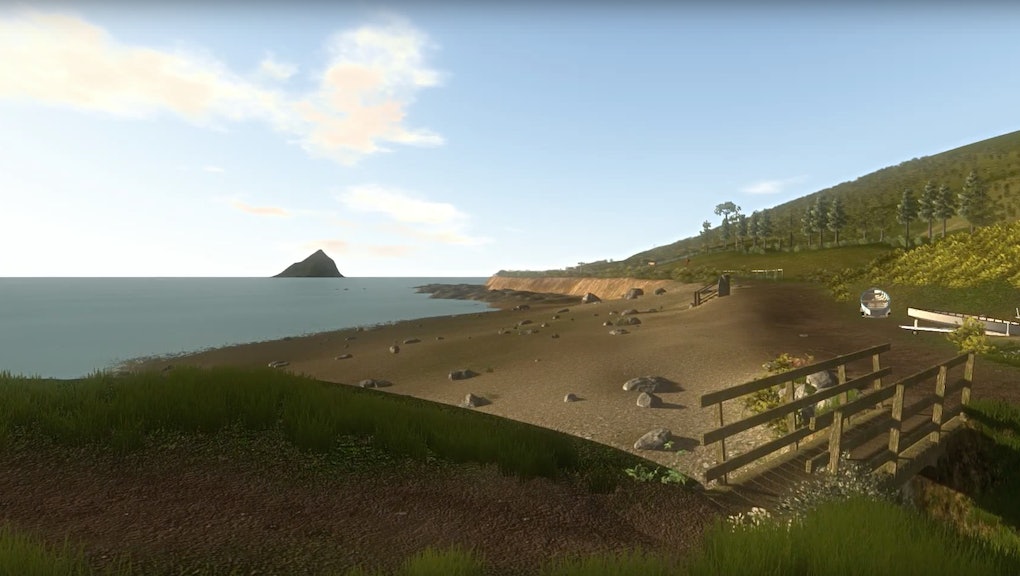 With a few exceptions, the universe is really, really, really ridiculously dark. Traveling through it is like driving your car late at night, only there are no streetlights and the trip takes hundreds of days. It's possible that all that darkness could make astronauts feel lonely and, perhaps, unstable. Jay Buckey, a physician and onetime NASA astronaut, thinks he has the solution: virtual reality.

To test his hypothesis — that the ability to virtually escape the desolation of a Mars-bound shuttle would keep astronauts calm and happy — Buckey's team at Dartmouth College sent Oculus Rift headsets to Canadian Force Station Alert, a military outpost in Canada 500 miles from the North Pole. It's the northernmost place in the world where people live year-round.

"The more tools you can give people to maintain a good psychological state, the more successful the mission is likely to be," Buckey told Popular Science.

VR isn't just for space: Living life in a research station when it's 18 below zero in the summer months (at the South Pole, that's October through February) can get a little stark. That goes double for people who work inside a research facility, like the Amundsen-Scott South Pole station.

"I think it's tough knowing that you are staying within a 5-mile radius for four months straight," Austin Danicic, who's currently working for fleet operations running the heavy equipment at Amundsen-Scott, told Mic in an email. "Being pent up in the station is tough because if your job is in there, you literally do not have to go outside if you don't want to. Everything is right here for you."

The environment Danicic described sounds a lot like working on the International Space Station — the next potential place virtual reality could be tested for recreation, rather than the more utilitarian uses the European Space Agency was interested in a few years ago.

Buckey's headsets give the people at the Alert station the option to virtually leave base and experience two scenarios.

One is a 360-degree view of a filmed environment, like a park or a mountain, but the viewer doesn't control what happens. The other is called "Virtual Wembury," a walk on a beach in the United Kingdom that viewers can explore on their own.

Mini-vacations in more serene, familiar, Earth-like environments can distract from the cold, gray-metal, closet-sized environment they're working in. Maybe in the future, if the experiment is successful, third-party companies might create environments specific to the users. It could be an astronaut's favorite bar during a football game, or the family cabin. For the people who live and work in negative temperatures for months at a time, many just want to be somewhere with better weather.

"I would love to be able to go canoeing in the BWCA" — the Boundary Waters Canoe Area in Minnesota — "for an hour a day ... [or] anywhere with a beach! Someplace with water, moisture and warmth!" Danicic wrote to Mic. "I think that would be most valuable during the 'winter' season, when people are literally stuck here from February to October with no hope of leaving — because it gets too cold to fly airplanes."