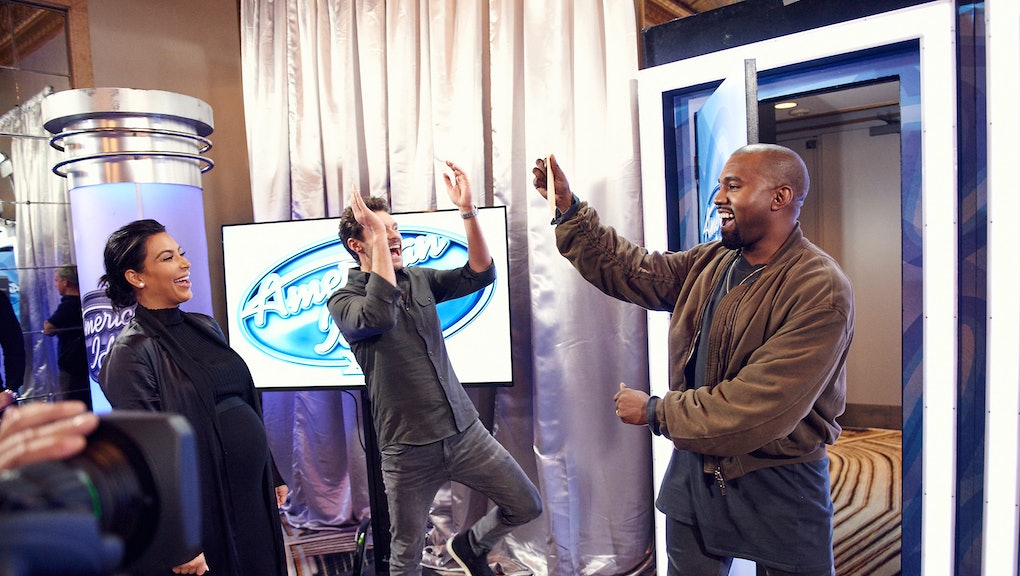 Back in October, Kim Kardashian West, shared news that her husband would be appearing in front of American Idol's judges' table in January for its final season. Shared Tuesday via E! Online, the clip is about as thin as thinly veiled publicity stunts get, but watching it play out is actually pretty endearing.

The judges mime out the well-worn American Idol routine, asking West his name and where he's from, barely keeping it together. "My name is Kanye, I'm from the south side of Chicago," West says. "I'm originally a producer. I always wanted to rap and no one really believed in me, so I wanted to try some things out, ya know?"

He raps out the first verse to "Gold Digger," which includes a sly nod to Jennifer Lopez's booty to Lopez's apparent glee, and earns his golden ticket soundly.

Apparently, his appearance was pretty impromptu. It caught Seacrest and the judges completely off guard. "For a minute, I was like, 'Is that Kanye?'" Lopez said in an interview with E! News. "Even though I've seen him a million times, in that setting I just didn't expect it — but it was really funny."

Perhaps the clip's sweetness comes from the knowledge that this will be the show's last season — and thus the last chance for a driven, young up-start, like a West, to walk in the room and present his or her unvarnished talent to the nation. There's also something seeing West apart of his stark, abstract scenescapes he's been building for all his recent fashion shows and performances. Watch it in full below.