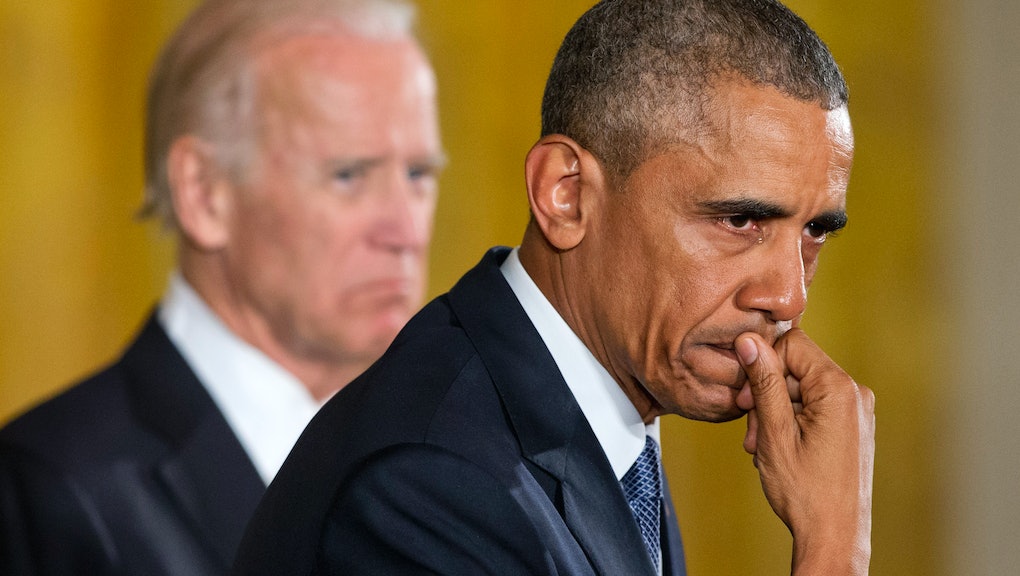 Gun advocates have long blamed mental health issues — not the country's lax firearm laws — for the mass shootings that occur on a near-daily basis in the U.S.

Aside from preventing mass murders, the president hopes the new gun control measures can help reduce the number of suicides that occur around the country. "Each year, more than 30,000 American lives are cut short by guns — two-thirds coming from suicides," Obama tweeted Monday. "Too many Americans have lost loved ones."

If we can fill the gaps in the background check system, the president said Tuesday, "we can spare more families the pain of losing a loved one to suicide."

A challenge to the GOP: "This isn't a gun problem, this is a mental problem," Republican presidential candidate Donald Trump reportedly said in a CNN interview. "You're not going to get rid of all guns." To those members of Congress who support that viewpoint, Obama said, "Here's your chance."

There is no denying that mental health issues play a prominent role in mass shootings in the U.S.

As a 2012 Mother Jones investigation of dozens of mass shootings showed, "acute paranoia, delusions and depression were rampant" among the shooters. "At least 36 of the killers committed suicide on or near the scene," Mother Jones wrote in a follow-up article. "Seven others died in police shootouts they had little hope of surviving (aka 'suicide by cop')."

"According to additional research we completed recently," the article continued, "at least 38 of them displayed signs of possible mental health problems prior to the killings."

A 2001 study of adolescent mass murderers found that a significant amount were described as loners, had been bullied, had experienced substance abuse and had preoccupations with weapons, Pacific Standard reported.

The problem? "Only 23% had a documented psychiatric history of any kind — which means three out of four did not."

In his speech, Obama said he aims to "de-stigmatize mental health issues and give folks proper care."