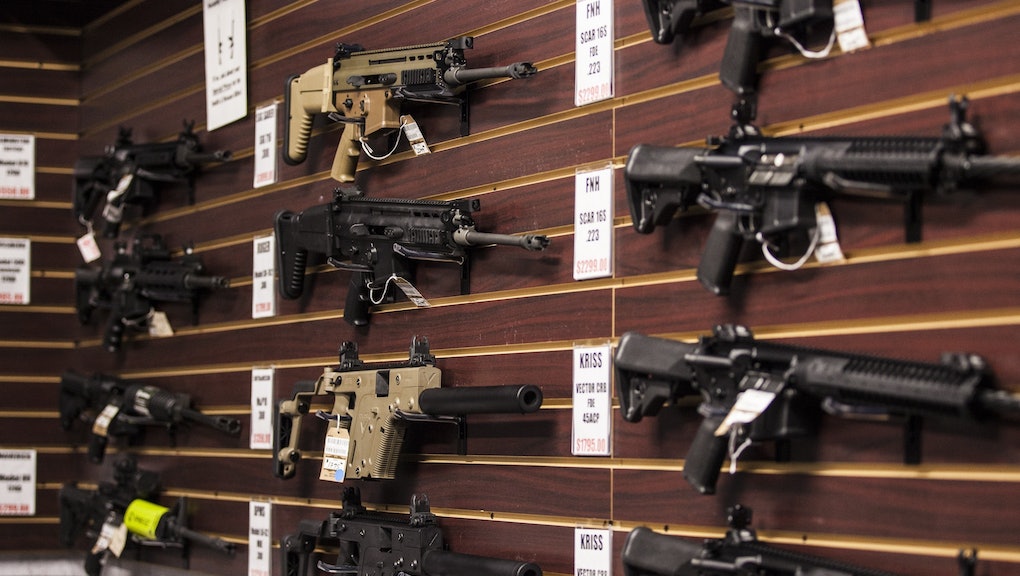 On Tuesday, President Barack Obama announced a series of new executive actions intended to fight America's alarming rates of gun violence and growing numbers of mass shootings, including a the elimination of background-check-free gun sales at shows and online, a $500 million increase in mental health services and an overhaul of the system that tracks mental health data of potential gun owners.

But one of the biggest beneficiaries of Obama's announcement will likely be the very industry he's trying to reign in: firearms manufacturers.

On Monday, preceding the president's announcement, CNN Money reported shares of Smith & Wesson rose 6%, while its competitor Sturm Ruger rose 3%. On Tuesday, both stocks surged even more — S&W rose an additional 11%, while Sturm Ruger climbed another 7%.

In total, CNN Money reported, S&W sales were up 38% in the last quarter of 2015 compared to the year before.

This month, an investigation by the New York Times found that gun sales surged from 754,000 purchases in the month of the 9/11 attacks to 1.1 million the month of Obama's election in 2008 and again to 2 million in the "January after Obama's re-election and the shooting at Sandy Hook Elementary School."

In the aftermath of the terrorist attacks in Paris and San Bernardino, California, December saw an additional 1.6 million gun purchases, the Times reported.

Sales have also risen in response to racial tensions. Gun sales in Ferguson, Missouri, soared in the months following protests that came as a response to the police killing of black teenager Michael Brown in August 2014.

The Times investigation also found evidence that the gun sale surges are motivated in large part in fear of imminent gun control measures — never mind the critics' argument that Obama's measures will fail to prevent firearm purchases for the vast majority of Americans.

"Normally what happens — and I've been doing this for 30 years — is whenever they start talking about gun control on the news and they start pushing that, people have a tendency to think they're going to take away their right to buy the gun, and that usually spurs sales," Paul Decker, owner of Hunters Heaven gun shop in Hayes, Virginia, told the Christian Science Monitor.

In other words, while the president's announcement today is a major step forward toward accomplishing parts of his long-term policy agenda on guns, it's also likely to spur a backlash that will result in more guns in the hands of Americans in the short term. For gun control advocates who have been fighting a tough battle to win over public opinion, this is likely the best the movement can do so long as the National Rifle Association maintains its congressional lobby powers.