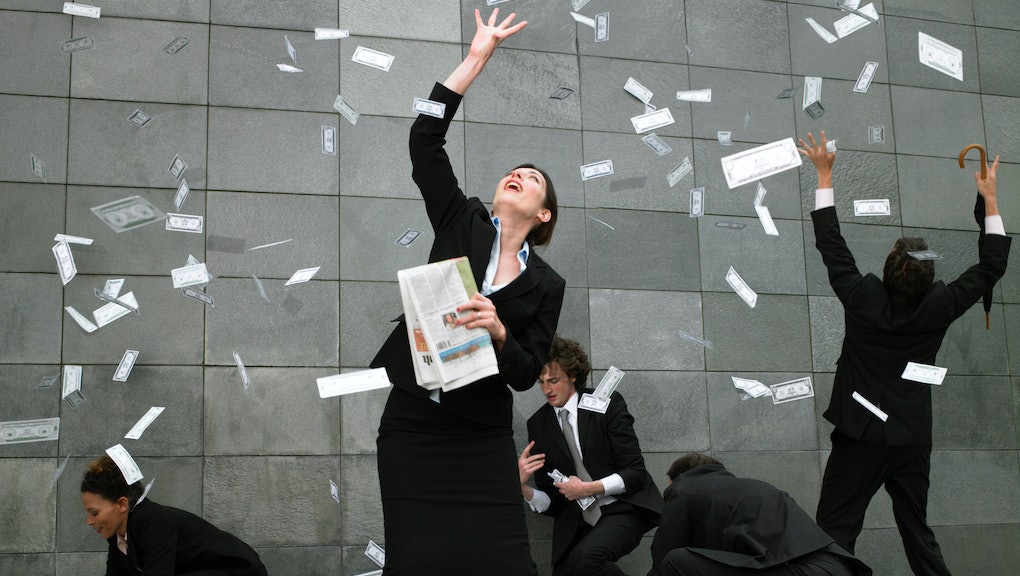 Are You a Social Creature With a Meh GPA? You Could Have a Future in Banking, Says Study

While bros of finance and business have often been lauded in media as the smartest guys in the room, new evidence is suggesting the truth could be exactly the opposite.

According to research published in December by Harvard Business School professor Pian Shu, Massachusetts Institute of Technology grads with a high grade point average were more likely to pursue careers in science and engineering; lower GPAs, meanwhile, positively correlated with a preference for finance.

"Sizable differences in academic performance begin in freshman year and persist throughout college," Shu wrote in her abstract. "The results demonstrate that the preferences and skills of graduates who pursue finance are not comparable to those of graduates who choose a career in S&E."

The study found that among MIT's top quartile, only 6.5% ended up with careers in finance and that graduates from the bottom quartile were 2.5% more likely to follow the siren call of complex derivatives.

The research also noted that finance-leaning students tended to participate in varsity sports, fraternities and sororities, student associations, and campus leadership positions in higher numbers than students who leaned toward science and engineering.

Mic reached out to Shu who was unavailable for comment.

The findings bear potentially significant consequences in an ongoing debate about whether the United States is using its best minds in the best possible way. In the run up to the 2008 financial crisis, an increasing number of STEM graduates from top U.S. schools pursued careers in finance. The brain drain away from more public-oriented positions led former Council of Economic Advisers chair Christina Romer to decry that "some of our brightest minds make small fortunes arranging the deals, rather than pursuing potentially more socially valuable careers in such fields as science, medicine and education."

At least one industry insider, however, disagreed and took issue with the conclusions.

"There is a prima facie problem correlating grades achieved in a science-oriented academy with overall intelligence," Peter Rajsingh, who teaches finance at New York University, told Mic. "It's reasonable to imagine that undergraduates who score well in engineering courses might feel motivated to continue into graduate studies; superior academic performance becomes self-reinforcing."

Rajsingh took particular exception to the broad generalizations implicit in Shu's findings. "In point of fact," he said, "finance is filled with people from all backgrounds and majors including a substantial number of PhD scientists and engineers who choose to enter the field after completing graduate studies."

But whether they're frat presidents or multifaceted humanists, they're moving your money.