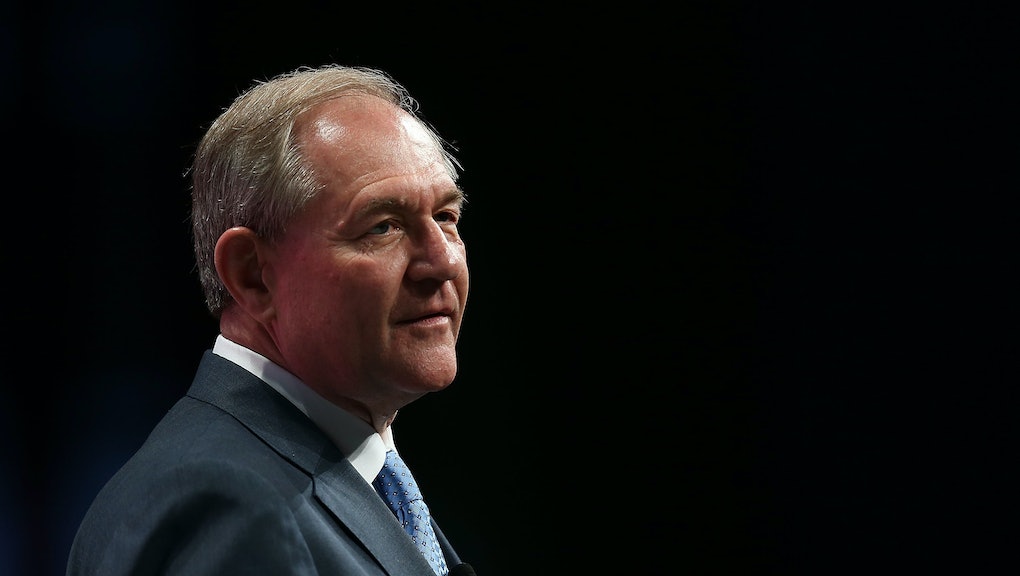 The week after the Iowa Caucus on Feb. 1, Former Virginia Gov. Jim Gilmore on Friday announced he would suspend his presidential campaign.

"My campaign was intended to offer the gubernatorial experience, with the track record of a true conservative, experienced in national security, to unite the party," Gilmore said in a press release, according to the Huffington Post. Gilmore received just 12 votes in Iowa among caucus voters.

Gilmore participated in the first undercard GOP presidential debate in August and then failed to qualify for the rest of them. He live tweeted the September CNN undercard debate to his less than 1,500 followers after he wasn't invited, Politico reported.

Gilmore's team released his first TV ad "Trust" in late November boasting his experience as an intelligence officer in the U.S. Army and as governor during 9/11 while bashing President Barack Obama and former Secretary of State and Democratic presidential frontrunner Hillary Clinton for failing to combat radical Islamic terrorism.

Gilmore served one term as the governor of Virginia. He quietly ran for president for seven months in 2008, announcing in December 2006 and withdrawing in July 2007, NPR reported, citing a struggle to raise enough funds to meet the quota, he told Politico.