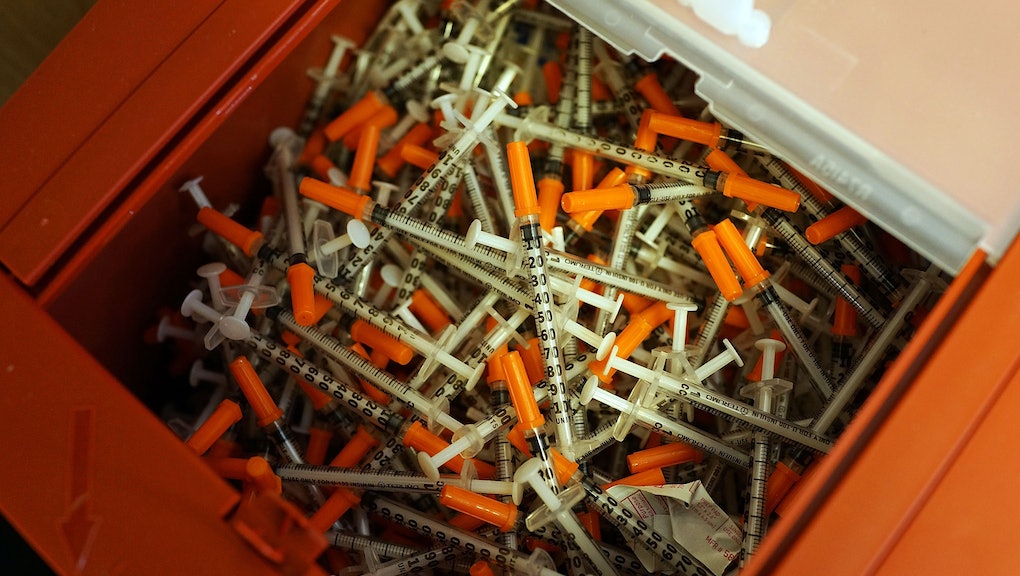 Exactly 43 years ago this week, Republican New York Gov. Nelson Rockefeller called for mandatory prison sentences of 15 years to life for even the lowest-level drug offenders.

Now, some of those aspiring to be the next Republican president seem to be trying to outdo each other in striking a softer tone when it comes to tackling the nation's drug epidemic.

Things got personal at the New Hampshire Forum on Addiction and the Heroin Epidemic on Tuesday, where candidates addressed voters in a state where more people died last year from overdoses than in highway crashes.

According to the Associated Press, former Florida Gov. Jeb Bush used his forum time to call for "eliminat[ing] the stigma" surrounding drug addiction. He also released a multi-pronged proposal to punish drug traffickers while simultaneously paving the way to more help for addicts.

The topic isn't an abstraction for Bush: His daughter, Noelle, spent time in rehab — and jail — for her drug use.

While he took a Rockefeller-style tone on drug dealers in his forum remarks, saying, according to the New York Times, that he's fine with putting them away for life, it was the plight of people like his daughter that had Bush talking about redemption for users.

"I never expected to see my precious daughter in jail. It wasn't easy, and it became very public when I was governor of Florida, making things even more difficult for Noelle," Bush wrote on his campaign site.

Not the only one: Bush is not alone among the candidates in having had the agony of addiction touch his family.

Carly Fiorina, the only female candidate in the GOP field, has spoken openly about the 2009 death of her stepdaughter, Lori, whom she said fell prey to the "demons" of addiction.

"We shouldn't be criminalizing addiction. If you're criminalizing drug abuse, you're not treating it," Fiorina warned in an op-ed for Time ahead of the New Hampshire forum, where she talked up funding for community-based treatment for addicts.

New Jersey Gov. Chris Christie has been spending a huge amount of his time stumping in the early voting Granite State, which is deeply focused on an exploding heroin problem.

Christie has made a treatment-based anti-drug strategy a focal point of his campaign, pointing to his own state as a model for the nation. On Tuesday, he continued to advocate an end to the shaming of addicts in favor of offering more help:

Ohio Gov. John Kasich fought back tears as he spun a tale of a woman —the host of the forum, it turned out — who landed in foster care because of her parents' heroin problem, but went on to earn a Princeton degree.

The intensely personal, redemptive tone of the Republican conversation about drugs is not only a politically savvy fit for wooing concerned voters in New Hampshire, where the most recent polls show Donald Trump with a healthy lead. It also dovetails with a marked jump in heroin addiction among working-class whites, a demographic vital to the GOP at large.

The tone, the law and the Republican Party have undergone dramatic changes since Rockefeller's day. Which presidential candidate's approach to the dilemma of addiction and the rest of today's pressing problems resonates best remains to be seen when the first-in-the-nation primary ballots are counted on Feb. 9.